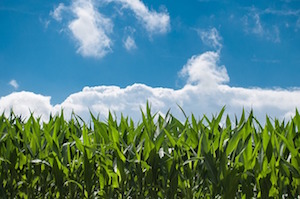 The Biotechnology Innovation Organization in recent comments to the U.S. Environmental Protection Agency (EPA) said it supports the inclusion of additional biofuel feedstocks and pathways under the federal Renewable Fuel Standard program.

BIO’s comments were in response to a request for comments from EPA on its Proposed Renewables Enhancement and Growth Support Rule, published in the Federal Register last November. EPA extended the comments deadline to Feb. 16.

Among key actions of the proposed rule would be an updated regulatory structure that would allow biofuel producers to partially process renewable feedstocks at one facility and further process them into renewable fuels at another facility under existing pathways. EPA says this update would increase the economics and efficiency for the production of biofuels, particularly advanced and cellulosic fuels that have the lower carbon footprints.

Brent Erickson, executive vice president of BIO’s Industrial & Environmental Section, said in his comments that BIO supports the proposal to allow biofuels from biointermediates produced in a separate facility to be eligible for the program.

“We urge EPA to take a more practical approach to allowing biofuel producers to generate RFS eligible fuels from biointermediates, without imposing a new regime of separate requirements on biointermediate producers,” he said.

A Jan. 20 memorandum from President Donald Trump ordered the EPA to temporarily delay any regulations published in the Federal Register between Oct. 28, 2016, and Jan. 17. The Renewable Fuel Standard is among them.