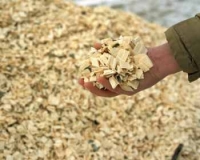 Vienna, Austria [RenewableEnergyWorld.com] The head of the International Energy Association, Nobuo Tanaka, visited Europe’s largest biomass plant that uses only wood as fuel in February, hailing the 66 megawatt (MW) biomass plant in Austria, as a “model project” for the up-and-coming forest-based bioenergy industry.

The biomass plant in Simmering, Vienna, provides sufficient electricity to meet the needs of 48,000 households and as well as the heating requirements of 12,000 more.

Stephan Grausam from the Austrian Biomass Association said that fuel from forests is a growing and sustainable branch of the biomass industry, with potential for considerable expansion.

Over 47 percent cent of the land area of Austria is covered with trees, representing a huge potential source of fuel for the growing bioenergy market.

There are 3.97 million hectares of forestry in Austria, storing 800 million tons of carbon, or 40 times more than the country’s total annual carbon emissions from burning fossil fuels.

More than a 1000 large-scale biomass plants are already operating in Austria with an installed capacity of 1.132 MW in 2005, and their number is steadily growing.

The Simmering biomass plant uses about 190,000 tons of wood harvested in a sustainable way from forests every year. Overall the plant is estimated to contribute to the removal of an additional 144,000 tons of carbon dioxide each year.

The wood is delivered to the site mainly by lorry from forests within a 100-kilometer radius, including from the famous Vienna Woods, but some of the wood comes from further afield. Types of fuel used include round timber, chips, barks as well as garden waste.

In spite of its happy greenhouse gas balance, critics say that the plant is underutilized because of its location. The Simmering plant currently supplies only 2 percent of Vienna’s district heat but could have delivered 8 percent if it operated on combined heat and electricity generation mode for longer periods, according to a study by one government agency.

The study said that the plant generates both heat and electricity for only 2,500 hours a year out of a total of 8,000 operating hours.

Nevertheless, Thomas Uher of the Austrian Federal Forest said wood is an underused renewable energy resource with the potential for considerable growth in Austria.

Not only Austria, but also Germany as well as eastern European countries such as Bulgaria and Romania have huge forest resources that are underused, Bernd Geisen of the German BioEnergy Association said.

The use of bioenergy is estimated to have saved the country 54 million tons in carbon emissions last year.

Geisen said the amount of agricultural land given over to biofuels such as rapeseed could grow from 1.8 million hectares to be as much 4 million hectares in Germany if the current law on biofuels remains in place.

About 12 percent of agricultural land in Germany is currently given over to the production of biofuels to meet an EU target of having 5.75 percent of all vehicle fuel derived from biodiesel by 2010.

The German parliament is currently considering modifications to the renewable energy law amid a heated debate on the role of biofuels in pushing up food prices and adding to greenhouse gases. But even if biofuels are no longer as strongly subsidized, the country’s biomass industry — like Austria’s — is set to continue to play a key role through a greater use of wood fuel as well as agricultural and municipal waste.

The revised renewable energy law is expected to come into force in Germany as early as August 1st, 2008.