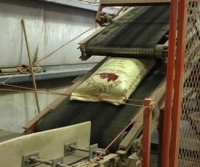 New Hampshire, United States [RenewableEnergyWorld.com] With heating season coming to a close in the Northeast, businesses, homeowners and other utility customers are looking back at their heating bills and thinking about how they might bring them down next year. While conservation is an option for some, many people aren’t willing to sacrifice comfort to save money. Bioheat systems may provide some relief.

Bioheat systems come in many forms. They can be as simple as replacing traditional heating oil with a blend of biodiesel or bio-oil, or as complicated has having a pellet boiler installed that can take care or central heat and hot water.

According to Andrew Perchlik, Executive Director of Renewable Energy Vermont, consumers are taking action when it comes to their heating needs.

“In terms of bioheating, things are really expanding. There’s more stoves and furnaces being sold and more schools are being powered with pellets and wood chips,” Perchlik said. “We’re definitely getting more requests from consumers. There’s more fuel dealers carrying [bioheating products] and the state is requiring it for all new bids for projects that will be funded entirely with state money.”

Much of the growth in Vermont has been in pellet and other biomass markets. Currently, 30 Vermont schools are heated or powered with pellet and wood chip boilers. Renewable Energy Vermont is also looking into other feedstocks including soy beans, sunflowers, algae and hemp, but Perchlik says those sources are still in the very early stages of development.

Larry Chretian, Executive Director of Mass Energy has seen demand for bioheating products rise in Massachusetts and Rhode Island as oil prices have increased. But unlike Vermont and other areas of the Northeast, Massachusetts and Rhode Island are seeing growth in biofuels for heat rather than biomass. According to Chretian, this is because most of the consumers that Mass Energy works with live in urban or other densely populated areas where installing biomass furnaces simply isn’t an option.

“We like to think that our customers are pretty well educated. People are asking all the right questions and we’d like to really start asking questions ourselves,” Chretian said. “We’ve been promoting a blend of biodiesel for a few years now. We have been and we are now trying to study the environmental issues surrounding pellets and biodiesel and it’s a work in progress.”

According to the National Biodiesel Board the current cost of bioheating fuels depends on the exact blend used. Fuel containing 2% biodiesel can cost around US $0.03 – $0.05 per gallon more than generic home heating oil. Bioheating fuel with 20% biodiesel may cost US $0.20 – $0.30 more per gallon. In the Northeast the cost today for one gallon of heating oil is approximately US $3.71.

In New Hampshire, New England Wood Pellet has been expanding its operations and has built a manufacturing facility in New York in order to keep up with the demand for pellet fuels. According to Steve Walker, CEO of New England Wood Pellet, bioheating and pellet fuels in particular are primed to take up a bigger share of the market in the coming years because consumers may be starting to realize that oil prices are going to remain high into the foreseeable future. He points at the cost to energy production ratio as the one of the most important reasons the pellet market will continue to grow.

Bioheat represents a way that consumers can put their money into homegrown sources of energy rather than send that money overseas according to Perchlik.

“People really support getting their fuel locally and knowing that their homes or schools or state house is being heated with local products,” Perchlik said.

For more on New England Wood Pellet and the process that goes into making wood pellets, check back with RenewableEnergyWorld.com next week to watch our video tour of the company’s Jaffrey, New Hampshire facility.