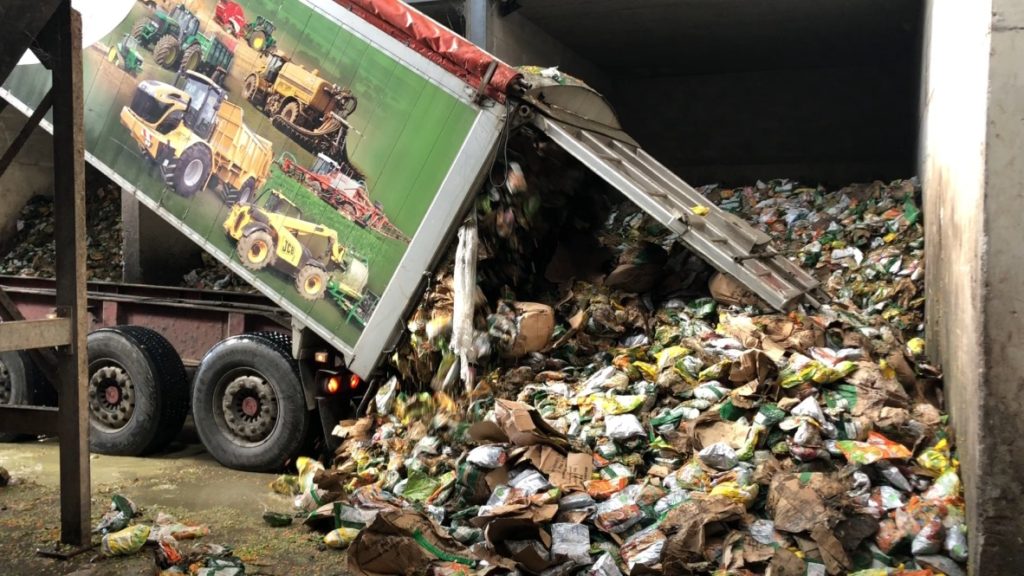 It is imperative that businesses, governments and individuals are ambitious in responding to the climate emergency. In the UK we should be aiming to exceed the government’s target of net zero emissions by 2050, while ending the sending of waste to landfill. Creating a more circular economy, where we keep using materials for as long as possible, and design systems that make effective use of waste will be key to achieving these ambitions.

Systems that produce energy from waste materials have an obvious role in the generation of a circular economy. They can help us move from a linear system where we produce, use and dispose of materials, to one which closes the loop by reusing things that would otherwise be waste. An anaerobic digestion (AD) plant that converts food waste to biogas will also produce an organic matter rich digestate, which can be used as fertiliser on agricultural land, linking food production and energy generation systems into a circular system.

The size of the local population, the availability and type of feedstock, and the waste management systems already in place will determine the optimal sourcing radius for an energy from waste project. Getting this right will be key to ensuring a project achieves its environmental, social and economic goals and contributes towards generating a more circular economy.

Privilege Finance have invested over £500 million in renewable energy projects since 2012, and our team are familiar with crunching the numbers to analyse the viability of potential projects. We have recently funded an AD plant on the Isle of Sheppey in Kent, which takes agricultural wastes from the local area, such as straw, chicken manure and fruit that does not make the grade for human consumption. These waste materials are converted into both biogas and electricity.

The plant produces 500 cubic metres per hour of biomethane, which is injected into the national grid, and is enough to heat almost all the homes on the island. The plant also produces 499 KWh of electricity, 50% of which is used to power the AD plant, while the remainder is exported to the grid.

By producing energy from waste, and reducing the demand for fossil fuels, Sheppey AD plant is contributing towards the development of a circular economy at a local level.

Another recent AD project, Wardley Biogas in Newcastle, operates at a different scale. The plant will be entirely powered by 70,000 tonnes of food waste collected from across the North East region of the UK each year, converting it to biogas to heat homes. This is all waste that has been produced further along the supply chain, for example by restaurants or food processing businesses, which is sourced through contracts and collected for processing through the depackaging unit and AD plant.

A certain level of waste is unavoidable, and Sheppey AD plant and Wardley Biogas are good examples of energy from waste projects that have identified the appropriate niche for the area in terms of the feedstock that is available. Projects such as these have great potential to use waste materials to produce affordable, carbon neutral energy and avoid the sending of materials to landfill. This alone has many benefits, but what happens when you aim to close the loop and create a truly circular economy?

We see projects that allow towns to take responsibility for their waste and use it to produce energy as being key opportunities to develop circular local economies, which will help reduce the UK’s greenhouse gas emissions overall.

Taking AD as an example, a large AD plant can power between three and four thousand homes, the size of a typical market town in the UK. Projects that take a combination of food waste, sewage sludge and agricultural waste from a town and the surrounding area and process this to meet the town’s requirements for biogas offer a significant step towards a fully circular economy in their locality.

Energy from waste projects which contribute towards the development of green communities will need to make good use of technology to be able to handle varied feedstock types. This may include domestic and business food wastes, agricultural waste from the surrounding countryside and sewage sludge. By taking responsibility for the different types of waste that are produced locally and using it to produce energy, this can reduce the quantity of waste from the community that ends up in landfill. We believe this is the direction that new projects need to take, to generate genuinely sustainable energy systems.

What the creation of green communities means for people

Worldwide, people are becoming more engaged with demanding a response to the climate crisis. In September, four million protestors of all ages were involved with the youth climate strikes. The setting up of green communities, where homes are heated by waste, is the start of a solution.

Green communities run on biogas from waste have the potential to break away from the large scale providers, by setting up their own local gas companies which supply biogas from waste. This in turn can have additional benefits, both through employment and transfer of money between individuals and organisations within communities, which can help boost the local economy.

Part of our vision for the renewable energy sector is for energy from waste projects to create long-term career opportunities for talented people. The UK Office of National Statistics recently reported that there were 11,000 fewer people employed in the low carbon and renewables economy in 2018, compared to four years previously. Green communities can create local jobs in the renewables sector. Once built, an energy from waste plant requires skilled staff to run it, and the sourcing of waste will require people for handling logistics and collecting waste, which can generate employment opportunities.

The direction of travel

At Privilege Finance, our vision is to see a thriving renewable energy sector which includes making good use of waste sourced from across the different levels of the supply chain. National and local governments, developers and communities all need to be ambitious with goals for how to effectively use waste and generate green energy. We see this including an increasing role for green communities where multiple types of waste are collected and used to achieve local energy self-sufficiency. But, where scale works, sourcing from larger areas and supplying energy for the national grid will continue to play a key role in meeting the country’s energy needs.