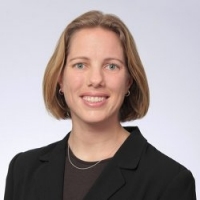 In March 2010, David William House wrote a compelling article highlighting how Biogas Is Renewable Energy’s Cinderella. At the risk of casting a fairytale glow on a renewable energy source that is very much a reality, I’d like to explore this metaphor further because as we learned when we were growing up, a moral accompanies most fairytales.

First, let’s judge a book by its cover and look at our anaerobic digester, the star of this particular story.

Let’s face it: an anaerobic digester will never be as glamorous as a photovoltaic array or wind turbine.  Imagine a photo shoot of these three metaphorical “sisters.”  The photovoltaic array catches just the right reflection, her silicon wafer cells glinting in the sun. The wind turbine stands tall and proud, mesmerizing the crowd with her spinning. The anaerobic digester stays in the back kitchen mopping the floors or floating around with her organic discards friends. No one wants a close up with food scraps, manure, or biosolids.

With creative and sustainable architectures—our anaerobic digestor’s version of a fairy godmother—a plant’s façade can be beautiful. Pretty or not, she knows how to work hard, rain or shine.  Supply her with her favorite foods—proteins, carbohydrates, sugars and fats to name a few—and she’ll give you what you want: a consistent output of renewable biogas. Like Cinderella’s Fairy Godmother who turns scraps of clothing into glittering ball gowns, high solids anaerobic digesters turn food scraps into a valuable source of baseload renewable energy.

Biogas at the Ball

Petroleum and coal have long been the cheap dates at the energy ball. Now, suitors are starting to swing to a tune of bioenergy. In April 2010 the U.S. Navy set aggressive targets to reduce dependence on foreign oil. At his TED talk on energy, Bill Gates said, “We need solutions, either one or several, that have unbelievable scale and unbelievable reliability.”  President Obama said in his 2010 State of the Union address, “The nation that leads the clean energy economy will be the nation that leads the global economy.” The need for clean, renewable energy will not vanish at midnight; indeed, it will increase every year.

Anaerobic digestion’s dance card is filling up fast and it is sure to dazzle the crowd.

Does the Shoe Fit?

With many Prince Charmings trying to find a home for the lovely biogas lass, does the shoe always fit? It depends. These are the main things a community needs to make an anaerobic digestion/biogas shoe fit in its footprint:

The anaerobic digestion/biogas fairytale is unfolding in communities across North America.  Urban dwellers are getting switched on to the idea that their organic waste could fuel their garbage collection trucks and provide compost to boot! Communities can evaluate the feasibility of a biogas program using sophisticated mapping tools as explained in the BioCycle article “Geographic Information Systems for Organics Recycling,” which describes computer modeling tools that increase efficiencies in evaluating critical factors such as feedstock supplies, route density, and potential facility sites (BioCycle March 2010, Vol. 51, No. 3, p. 49.). Incentive programs are ushering clean technology options, such as biogas, in the door.  Consider Queensland’s Renewable Energy Plan, which intends to leverage $3.5 billion in investments in solar, geothermal, biomass, wind and hydropower. Look at the Government of Canada’s $1.5 billion to increase the supply and availability of cleaner, renewable fuels.  D.C. is putting out a welcome mat for biogas with the Biogas Production Incentive Act of 2009, whereby producers would receive a tax credit of $4.27 for every million British thermal units of produced biogas (see article in Biomass Magazine).

Mr. House states in his original article, Biogas Is Renewable Energy’s Cinderella, that “Biogas should be a leading candidate for helping the U.S. and the world gain energy independence.”  We have the organic materials. The technology is ready for the U.S. market.  Let’s turn Mr. House’s statement from a fairytale into a reality.