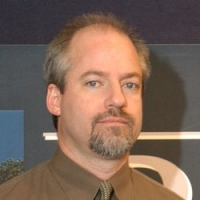 Both the United States and Canada have made considerable investments in founding a renewable biofuels and chemicals industry, setting standards for the production and use of biofuels and committing money for research, development and commercial demonstration projects. Many startup companies have joined the race to market advanced biofuels, hoping to secure their share of the North American transportation fuel and chemicals markets.

But these industries may only be able to capture a limited amount of the overall market. Though they have the potential to reduce emissions of greenhouse gases by displacing petroleum use, biofuels and biobased products have been left out of the carbon market currently being constructed in the United States through climate change legislation.

The U.S. Renewable Fuel Standard calls for production and use of 21 billion gallons of “advanced biofuels” by 2022, which when combined with other biofuels is projected to transform 20 percent of the overall U.S. transportation fuel market from petroleum to renewable fuels. Canadian governments have set a 5 percent target for use of renewable fuels.

To date, the U.S. government, private companies and venture investors have committed more than $3 billion into the research, development and deployment of advanced biofuels, particularly the nearest-term second-generation biofuel, cellulosic ethanol. Canada’s government and private sector have made a similar-sized investment. A few companies are moving ahead with commercial facilities, and recently two commercial retailers have offered cellulosic biofuels for sale to the public.

Right now, there are three dozen or so cellulosic ethanol biorefineries in the planning, construction or initial operating stage across the United States, and at least six more in Canada, including Iogen’s facility in Ottawa, the world’s first operating cellulosic ethanol biorefinery. Most of these projects are pilot-scale facilities designed to test and prove a wide variety of technological solutions for turning cellulosic crops and waste streams into fuels, but each producing fewer than 2 million gallons annually.

Among the companies that have formed public-private partnerships with state and federal governments in the United States and Canada to try to commercialize biofuel projects are DuPont Danisco Cellulosic Ethanol LLC (DDCE) of Itasca, Ill. and Lignol of Vancouver, B.C.

DDCE is a joint venture of DuPont and Genencor, a division of Danisco. DDCE and the University of Tennessee broke ground in October 2008 for a pilot-scale biorefinery in Vonore, Tenn. With a plant capacity of 250,000 gallons of cellulosic ethanol annually, the facility is expected to produce cellulosic ethanol by the end of 2009.

Lignol has been awarded $3.4 million in funding to produce cellulosic ethanol and other biochemical products from under-utilized forest resources, including lodgepole pine killed by mountain pine beetle. They recently received up to $1.82 million in additional funding contributions from the Sustainable Development Technology Canada. Lignol began operation of a fully integrated industrial-scale biorefinery pilot plant in Burnaby, B.C. in April 2009, with a rated production capacity of 100,000 liters per year of cellulosic ethanol.

Other companies have pursued private partnerships with large energy companies to take lessons learned from pilot or demonstration project to commercial-scale production. In May 2008, Verenium of Cambridge, Mass. commissioned the United States’ first cellulosic ethanol demonstration-scale facility in Jennings, La. In early 2009, Verenium and BP announced the formation of a joint venture company that will scale-up Verenium’s technology in a 36 million gallon per year facility in Highlands County, Fla.

In March 2009, Codexis of Redwood City, Calif. announced a partnership with Royal Dutch Shell. Codexis will provide technology to enhance the Iogen facility in Ottawa, and expects to have a commercial-scale project up and running by 2013. Codexis is also working to use its technology in production of cleaner, more efficient and cost-effective alternatives to traditional chemical manufacturing processes that use petroleum-based, non-renewable materials.

None of these projects alone will have a large impact on consumers, but small signs of progress are appearing. In April 2009, Pearson Fuels, a California retailer, began selling E-85 containing cellulosic ethanol. The company partnered with AE Biofuels of Cupertino, Calif., to supply small amounts of cellulosic ethanol to supplement traditional sources of ethanol in the mix. California has more than 300,000 vehicles that can burn E-85, making it a potentially large market for the product. In June 2009, a Shell service station in Ottawa, Ontario, Canada began offering all drivers the opportunity to purchase gasoline containing 10 percent cellulosic ethanol made at the nearby Iogen facility.

Still the American Clean Energy and Security Act of 2009, which passed the U.S. House by a narrow vote in June, currently does not include biofuels and biobased products in the system of carbon credits (even though petroleum transportation fuels are capped). Biobased products currently make up 5 to 7 percent of the worldwide market for chemicals and plastics. If incentivized through the carbon market, they have plenty of potential to grow and displace petroleum-based products.

Commercial-scale projects already exist for production of plastics, including the DuPont-Tate & Lyle plant in Loudon, Tenn. and the NatureWorks PLA production plant in Blair, Neb., which planned to double annual capacity to 300 million pounds by June this year. Telles, a joint venture between ADM and Metabolix is constructing a facility in Clinton, Iowa, to produce 110 million pounds of biobased plastic resin per year, with startup scheduled for late 2009.

The World Congress on Industrial Biotechnology and Bioprocessing will bring industrial biotechnology companies and many others in the biofuels and biobased economy to the Palais des congrès de Montréal in Quebec July 19-22 to discuss the state of the industry and explore new paths as well as potential barriers to the commercial development of the industry.

Paul Winters is director of communications for the Biotechnology Industry Organization.