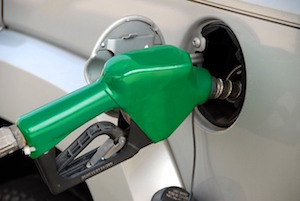 Recent criticism of secrecy and alleged manipulation in biofuel credit trading, delivered by a top adviser to President-elect Donald Trump, is striking a chord among ethanol and other renewable fuel producers.

Those producers suggest insufficient credit trading oversight may cause market volatility, leading, at times, to skyrocketing prices with no proper market justification.

The credits, or Renewable Identification Numbers (RINs), can be used by refiners to comply with federal blending mandates for renewable fuels. The prospect of manipulation in the market is making unlikely bedfellows of biofuel producers and independent refiners.

Since accepting an informal regulatory czar position for Trump more than a week ago, Carl Icahn, a business magnate and majority stockholder in refinery operator CVR Energy Inc., has repeatedly blasted trading of the compliance credits as a market rife with profiteering.

“It’s a black cesspool of trading if there ever was one,” he told Bloomberg Dec. 27. Icahn said regulations for refiners under the renewable fuel standard need to be rolled back. He further called for the outright elimination of credit trading.

The Environmental Protection Agency labels the credits the currency of the RFS. Fuel importers and non-renewable fuel producers can comply by blending biofuels into their products or by purchasing the credits.

The credits are serial numbers attached to batches of renewable fuels that can be separated and traded. Hedge funds, banks, large retailers and other companies trade the RINs as compliance credits.

RINs, as of Dec. 29, currently fetch roughly $0.85 on the open market, according to data compiled by Bloomberg. The price has stabilized in recent days followed a tumultuous six-week run. In mid-November, the price registered at roughly $0.87, only to spike significantly to $1.02, then plummet to $0.80 before gradually settling.

Such fluctuations generate opposition across industry.

“The role of the speculators is something that has to change,” Monte Shaw, executive director of the Iowa Renewable Fuels Association, told Bloomberg BNA. “A RIN is supposed to be an accounting measure to ensure RFS compliance. [The RFS program is] not intended to create a third-party product.”

Non-renewable refiners also often complain the fluctuations and spikes are fleecing them of profit.

The RFS program entered into law in 2005 during the George W. Bush administration, and now nearly all transportation gasoline in the U.S. contains 10 percent ethanol. The standards are intended to decrease hydrocarbon emissions and reduce dependence on foreign oil. The law calls for annual increases in the quotas.

Wholesale removal of trading is unfeasible, but oversight changes can and should be made, Shaw said.

“In terms of wanting to bring transparency and shine a light on the trading, in order to make this more compliance based and not speculative, conceptually a lot of us would be in favor of this,” said Shaw. “We want [the RFS program] to continue to work, and it could be better.”

Shaw said regulators could modify trading to ensure it is public.

The nationwide Renewable Fuels Association, which has no relation to the Iowa group, made a plea for more trading accountability in a letter in August 2016, following another tumultuous market period in the wake of the 2017 RFS volume proposal.

“Given the evidence of ample RIN supplies, the recent spike in RIN prices appears contrived and driven by something other than basic supply-demand fundamentals,” RFA President Bob Dinneen wrote in the letter. Dinneen said the spike may be tied to politically motivated opposition to the underlying RFS program.

The EPA struck an accord with the Commodity Futures Trading Commission earlier in 2016 to authorize the EPA sharing of RIN data with the commission to foster a relationship aimed at scaling back “fraud, market abuses or other violations.”

The American Petroleum Institute, an opponent of the RFS, rejected the RFA contention in a separate letter to the EPA and CFTC, arguing biofuel exports and spills deprive the market of RINs, which in turn increases prices. Frank Macchiarola, group director of API Downstream and Industry Operations, added that the annual EPA proposals and rules on volume mandates tend to affect market prices.

The petroleum industry widely criticizes the renewable fuel standard as an added regulatory complexity. Some environmental groups have challenged and rejected the claim that biofuels are cleaner and have lower greenhouse gas emissions over their full life cycle.

Some RFS opponents also have gripes with the RIN trading system.

H. Sterling Burnett, a fellow with the free-market think tank Heartland Institute, told Bloomberg BNA that third-party traders should be eliminated. Burnett said that small refiners suffer at the expense of large companies and traders.

But Shaw said CVR has been slow to adjust to a statutory and regulatory regime that has been in place for more than a decade.

“A few independent refineries have simply refused to adapt to the new business, and they’re just complaining. They want someone else to change the rules for them,” he said. “We don’t think it makes sense to punish those who play by the rules and reward those that haven’t. That’s anti-American.”

Several officials tapped for Trump’s Cabinet, notably the likely nominee for EPA administrator, Oklahoma Attorney General Scott Pruitt, have blasted the RFS program as a whole in recent years. The Trump transition team, however, pledges the president-elect’s support. The transition team did not respond to Bloomberg BNA requests for comment on potential changes to credit trading.