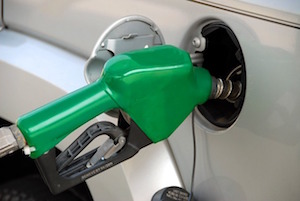 Prices for credits used by refiners to show compliance with the U.S. biofuel mandate plunged after President Donald Trump’s administration ordered a freeze and review of 30 environmental regulations published before he assumed office.

A Jan. 20 memorandum from Trump, entitled “Regulatory Freeze Pending Review” and made public Tuesday, ordered the Environmental Protection Agency to temporarily delay any regulations published in the Federal Register between Oct. 28, 2016, and Jan. 17. The Renewable Fuel Standard, which covers the ethanol mandate, is among them.

Renewable Identification Numbers (RINs), tracking compliance with 2017 ethanol consumption targets, plummeted 23 percent to 46 cents a piece on Wednesday, the lowest since November 2015, broker data compiled by Bloomberg show. The credits are attached to each gallon of biofuel. Once a refiner blends ethanol or biodiesel into petroleum, they can keep the credit to show adherence to the program or trade it to another party.

The move comes amid a battle between disparate segments of America’s fuel supply-chain on who should bear the cost for the program. Billionaire Carl Icahn, who owns a majority stake in oil refiner CVR Energy Inc. and is a special adviser to Trump on regulations, is among the most vocal advocates of changing the program. Ethanol industry proponents oppose changes to the law, saying it undermines its intent.

Trump’s action “seems to be what’s spurring the sell-off” for RINs, Mark Ruyack, a manager at StarFuels Inc., a Jupiter, Florida-based biofuels brokerage, said by phone Tuesday. “It’s a classic case of selling the rumor and then buy the fact.”

In November, the biofuel industry scored a victory when the Obama administration set 2017 quotas, also known as Renewable Volume Obligations (RVOs), at record levels. The Trump memorandum delays the effective dates of regulations until at least March 21, though the administration said it may push it back even further.

That may be short-lived, Paul Cheng, an analyst at Barclays Plc in New York, said in an e-mailed note Wednesday.

“We believe the new Administration will likely readjust the 2017 mandate to closely match expected gasoline demand in contrast to the prior Administration’s rather unrealistic target,” Cheng wrote.

The EPA’s memo Tuesday shows that the latest targets were to take effect Feb. 10. The Renewable Fuels Association, a Washington-based trade group, said that the standard for this year were effective Jan. 1.

“This postponement of the effective date for the 2017 RVO rule is simply procedural,” Bob Dinneen, president of the Renewable Fuels Association, said in an e-mailed statement. “It is not expected to affect implementation, enforcement, or compliance with the RFS.”

Green Plains Inc., the third-biggest U.S. ethanol producer, said that these type of regulatory freezes are routine during administration changes and its industry group considers it “highly unlikely” that the latest targets will be affected, according to an e-mailed statement.

The company also said its lobbying organization, Growth Energy, is in touch with Congress and that it’s asking for “further clarification” as lawmakers consider the nomination of Scott Pruitt to lead the EPA.

The latest biofuel targets “just happened to fall within the defined date range,” without changing consumption levels or compliance deadlines, Anne Steckel, vice president of federal affairs for the National Biodiesel Board, an industry group, said by phone.