More
Home Baseload Biofuel Advancement Threatened: How Can We Save the Renewable Fuel Standard? 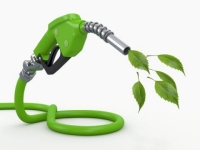 Advanced biofuels are no longer a futuristic hope — they are here. This year, three companies including DuPont will turn on commercial-scale cellulosic ethanol biorefineries, the result of billions of dollars in investment and close to 10 years of collaborative research with universities, government agencies and other private entities. This is a tremendous step forward in our country’s effort to lower our dependence on finite fuel sources and to give consumers a renewable choice at the pump.

But that progress is under threat. The policy that has enabled the industry, the Renewable Fuel Standard (RFS), is at risk of being altered, and the volumes of renewable fuels being blended into our fuel supply stymied. The United States Environmental Protection Agency (EPA), which administers the policy, will issue its final ruling later this year on those volumes. That agency’s decision has the potential to secure U.S. leadership in this innovative new industry or cut our legs out from under us, right as we are learning to walk.

How did this happen? And how did we get here?

In 2007, a bipartisan Congress passed the RFS, which requires a growing amount of renewable fuel to be blended into the nation’s gasoline supply each year. The policy has been a success: over these past seven years, the RFS has decreased greenhouse gas emissions by 33.4 million metric tons, lowered gas prices by $1.09 per gallon and has helped the value of U.S. farmland grow by $500 billion. Arguably no other policy has done more to lower greenhouse gas emissions than the RFS.

Luckily, this was just a proposal. Since that time, the agency has heard from over 300,000 people, companies and organizations who filed comments on the rulemaking. They heard how time and time again, we’ve seen this ‘blend wall’ consist of nothing but thin air. NASCAR, for instance, uses E-15 (15 percent ethanol blend) in all of their stock cars. One of the country’s largest retail convenience store chains, Mapco, has been offering E-15 at many of their stations, providing consumers with the option of a more sustainable, home grown fuel. In essence, the only reason that this blend option is not the norm is the unwillingness of some fuel suppliers to adapt to the new technologies, thereby maintaining control of the market. Also E-85 availability continues to grow and benefit flexfuel car owners.

In fact, there is widespread support for reducing our dependence on foreign oil and its volatile supply chains, keeping jobs here at home and innovating additional ways to provide cleaner energy for a growing planet.  Later this year, DuPont will open the largest cellulosic ethanol biorefinery in the world in Nevada, Iowa. The plant will produce 30 million gallons of fuel from corn stover — the stalks, cobs and leaves left in the field after the harvest — which the company will purchase from 500 local farmers, providing them with a new source of income in return for what would otherwise be agricultural waste. This greenhouse-gas-neutral biorefinery, like the two others under construction in the United States, is pumping money back into our rural economy that would have otherwise gone overseas.

This is no small accomplishment.  DuPont and other leaders in advanced biofuels have achieved in a few short years what Mother Nature takes millions of years to accomplish. The technology to unlock the sugars in cellulose and the supply chains to deliver those sugars at scale are enabling the commercial deployment of advanced renewable fuels today.  Tomorrow, these same sugars and supply chains will be enabling a whole new world of bio-based chemicals and materials, delivering on the promise of a more bio-based economy.

DuPont will continue to work with the EPA and others to underscore what’s at stake and how we can best chart a course forward toward a cleaner energy future for America and the world.