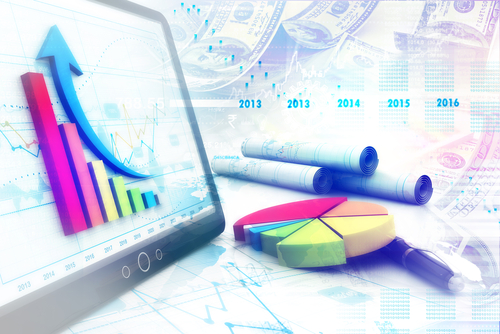 Q1 earnings season for the advanced bioeconomy kicked off this week, with reporting from  Green Plains, ADM, REG and BioAmber. That’s an ag giant, an ethanol monster, a biomass-based diesel dominator and a fast-upcoming renewable chemicals maker. Between the four, we have a good opportunity to check the sector’s health.

Overall, markets were unhappy on May 3, knocking down BioAmber 10 percent, while Green Plans took a 6 percent tumble, and REG and ADM were both down, though by lesser amounts. The oil price environment, not pretty today, provided most of that shareholder joy.

Ethanol, challenging times. Biodiesel is looking strong with gallons up, prices not far off and margins improving. Renewable chemicals look good in terms of pricing, production is ramping up at BioAmber and sales jumped 31 percent QonQ.

Cash and debt: As of March 31, Green Plains had $400.7 million in cash and cash equivalents, and $146.6 million available under revolving credit agreements. Total debt outstanding was $776.6 million.

Navigating rough waters. “The margin environment remained weak, providing little opportunity to generate a profit in the first quarter,” said Green Plains CEO Todd Becker. “We focused on maintaining our strong liquidity position to remain well-positioned, not only during this cyclical downturn, but also for future growth opportunities within our supply chain.

Marketing & distribution guidance remains intact. Green Plains noted: “Our marketing and distribution segment reported an operating loss for the quarter which was primarily related to the valuation of inventories held for forward business that is fully hedged. We anticipate the profits on these positions will be realized over the remainder of this year and operating income for the marketing and distribution segment will remain in the $25 to $30 million range for fiscal 2016.”

2016 environment improving. “The forward ethanol margin environment has improved since the beginning of the second quarter and we have hedged a portion of our future production,” said Becker. “We believe the ongoing growth in global and domestic ethanol blending will continue to drive better market fundamentals for the industry and are optimistic the margin environment will improve during the balance of 2016.”

Over at Green Plains Partners, “Our business model, which includes minimum volume commitments, insulated the partnership from challenging market conditions and provided cash flow stability that enabled us to increase our distributions for the second consecutive quarter,” said Becker. “We expect a recovery in volumes during the remainder of the year as our sponsor continues to ramp production back up at its ethanol plants.”

GPP income and cash. First quarter 2016 net income for GPP was $12.2 million on adjusted EBITDA of $13.9 million and distributable cash flow of $13.3 million. GPP had $5.6 million in cash and cash equivalents, and $49.0 million available under the partnership’s revolving credit facility. On January 1, 2016, the partnership acquired certain ethanol storage and leased railcar assets located in Hereford, Texas and Hopewell, Virginia from Green Plains Inc. for $62.3 million. The transaction was financed using the partnership’s revolving credit facility and cash on hand.

In Illinois, Archer Daniels Midland reported operating profit was $573 million, down 36 percent from $892 million for Q1 2015. Net earnings for the quarter were $230 million.

Corn Processing increased $2 million as strong results for sweeteners and starches were offset by weaker lysine results and lower ethanol margins. Sweeteners and starches results improved $56 million to $141 million as the business continued to perform well, with an improved cost environment driven by strong capacity utilization. Bioproducts results were down from $42 million to a loss of $12 million, due primarily to the continued challenging conditions in the global lysine market. In addition, ethanol margins continue to be impacted by high industry production levels that caused inventories to build throughout the quarter.

South America on the mend? ““Challenging market conditions continued in the first quarter, particularly affecting Ag Services. The first half of the year continues to present a challenging environment,” said CEO Juan Luciano. “However, we are cautiously optimistic that reduced South American soybean and corn production could bring improved soybean crush margins and merchandising opportunities in the second half of the year.”

In Canada, BioAmber announced Q1 revenues of $1.5 million, an increase of 297 percent over Q1 2015 and up 31 percent over Q4 2015. The increase in revenue was driven by volume growth in product sales. Gross loss for the quarter ended March 31, 2016 was $1.6 million , compared to a gross profit of $57,000 for the same period last year.  The loss was due to higher cost of goods sold resulting from Sarnia fixed costs and off-spec product reprocessing costs that were allocated to the cost of goods sold.

Pricing. The average selling price was unchanged from the previous quarter, despite lower oil prices.

Reaction from Fortress BioAmber: “We are making steady progress in ramping up Sarnia , from both a production and a sales perspective. Our transition to an operating company is complete and we are focused on reaching full production capacity and selling the output of the plant,” said CEO Jean-Francois Huc. “As we ramp up, the macro environment in which we operate is beginning to improve and higher oil prices could lead to greater demand for biobased products in the second half of the year,” he added.

In Iowa, Renewable Energy Group announced Q1 revenues of $305.6M on 98.0 million gallons of fuel sold, a gain of 63.7 percent in gallons sold compared to Q1 2015. Adjusted EBITDA for the quarter was $9.9 million compared to negative $30.2 million in the prior year period, without any adjustments for the 2015 Biodiesel Mixture Excise Tax Credit (BTC). Adjusted EBITDA for the first quarter of 2015, after giving effect to the retroactive reinstatement of the BTC, was negative $14.5 million.

Prices: The average price per gallon sold of biomass-based diesel decreased by 7.9 percent to $2.92 which was due to lower heating oil and RIN prices.

Cash: At March 31, 2016, REG had cash and cash equivalents of $164.1 million, an increase of $117.0 million from the prior quarter end. This increase was largely the result of collections related to the retroactive reinstatement for 2015 of the biodiesel mixture excise tax credit.

Reaction from Fortress REG: ”The REG team delivered solid execution in the quarter. We continued optimizing our fleet of plants while integrating our newest biorefinery in DeForest, Wisconsin and bringing REG Geismar back online,” said REG President and CEO Daniel J. Oh. “A more stable regulatory environment in the U.S. enabled us to focus on growing our business.”