More
Home Baseload Bioenergy Beyond the Backyard — The NIMBY of Today 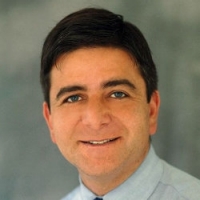 “Not in my backyard,” or NIMBY, is a term used to describe a person or a group of people who strongly oppose new development in their communities. Whether it’s a new housing complex, retail development, casino or power plant, NIMBYs – as they are commonly referred to – will actively organize to communicate their opposition to a local project in an effort to curb development.

More often it seems that NIMBY activists are simply in it to win it. They speak out, without taking the time to educate themselves with accurate information pertaining to the development at hand. While NIMBY groups may protest loud and proud, their motives often stem from misinformation and poor communication between project representatives and the community.

So how should companies relay factual information regarding their projects to the general public?  Simple. They hire a grassroots public affairs firm to enlist community support and engage conversation relating the project.

One of the most common phrases we hear from a company facing strong NIMBY opposition is “they have everything under control” or “we have a public relations firm in place”. Fast forward two weeks later, and it is front-page news that their project has been defeated.

The fact of the matter is, most PR firms are not experienced with the grassroots techniques needed to find local supporters to speak out on projects and win a campaign.  Rallying this local support is a key component to any contentious proposal. By finding these local allies and forming a supporter coalition, developers are able to build support for their project from day one.

Coalition building creates social change in a community that is being flanked with negativity. If supporters have a common goal of building and bettering their community they can bring a logical voice and a positive attitude to any new development project.  Instead of focusing on the picketers outside of a public hearing, developers need to concentrate on gaining this type of community support through a variety of tactics commonly used to battle the NIMBY issue.

Create a Supporter Database — Obtaining supportive reinforcement means knowing who to target.  Preliminary research of the town is pertinent in the first stages of a development project. This not only includes a thorough analysis of the demographics of the area, but also the opinions and political agendas of leading local officials and legislators.

Researching third-party organizations, including non-profit agencies and business groups, will help identify a potential support network. If any of these organizations stand to gain from the development, they may offer a helping hand to move the project through.

Send the Message — Once the developer has filed an application with the town, a press release announcing the basic facts about the development can often eliminate rumors and misinterpretations from NIMBY groups.  Soon after the release hits, an introductory mail piece can be distributed to all households to keep the idea of the new development fresh in mind; materials like direct mailers, e-mail reminders and newspaper ads remind potential supporters of the advantages that a new development will bring.

Band Together — Local residents who want to see economic development or positive change in their community will help out in any way they can.  Of course, some may be more vocal than others.  A good tactic may be to pinpoint those “super supporters” who are willing to write letters to local newspapers and decision makers, both in support of the project and as a rebuttal to any NIMBY arguments.

Perhaps these residents in favor are willing to participate, and even help with the planning of meetings that reinforce the coalition and allow other supporters to come out for the cause.  Benefits of the “super supporter” are invaluable. This includes their willingness to post lawn signs addressing the issue at hand, gather petition signatures or simply make phone calls that render further support.

Grassroots professionals can help get all of this done smoothly and successfully.  Companies often mistake the services of a general PR firm as being enough to win over a community, but in today’s NIMBY reality, that is simply not the case.

Al Maiorino started Public Strategy Group Inc. in 1995.  He has developed and managed multiple corporate public affairs campaigns in a variety of industries such as gaming, cable television, retail development, auto racing, power plant/wind farm projects, and housing/residential projects. Al received his BA in political science and a MA in American Studies from the University of Connecticut.