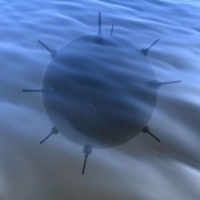 The emergence of a U.S. offshore wind sector presents a great opportunity for would-be project developers looking to exploit 4,000 GW of generation potential off the East and West coasts and in the Gulf of Mexico. If and when the sector can overcome regulatory, financial and political hurdles, early project lease winners on the East Coast will soon be joined by countless others in building North America’s first offshore wind farms.

As these developers seek permission and edge towards financial close, they will start to think about some of the technical challenges that they will face during the early development phases of these projects. In doing so they will no doubt look to the experience of their counterparts in the European sector for insight into some of the specific risks involved in the construction of marine energy infrastructure.

One such risk is the unique threat posed by unexploded ordnance (UXO). Well-publicised in European waters — where a legacy of thousands of tons of sea mines and bombs left behind by two World Wars is a recognised obstacle to safe and timely project delivery — the risk is also prevalent in U.S. waters.

Off the East Coast and in the Gulf of Mexico in particular, preliminary desk studies and threat mapping based on publically available resources, such as National Oceanic and Atmospheric Administration (NOAA) charts and Department of Defense records have identified UXO risk “hot spots.” These include munitions dump locations and sites of historic or modern military training.

While the scale of the threat has not yet been fully quantified, at least 100,000 tons of expired chemical weapons are known to have been dumped in U.S. waters between 1945 and 1968 — and this dumping continued well into the 1970s. Combined with significant abandonment of conventional munitions and military training and testing, this has generated a background threat to the majority of the East Coast and the Gulf of Mexico, as well as a similarly documented threat off the West Coast.

Any intrusive activity on the seabed — whether it be drilling, cable laying, or driving of monopile foundations for wind turbines — is capable of causing the unintended detonation of UXO in the vicinity and not only jeopardizing the safety of workers on site but also damaging vessels and installation infrastructure. The European experience is that the detonation of UXO can cause significant project delay, which has cost millions of dollars. 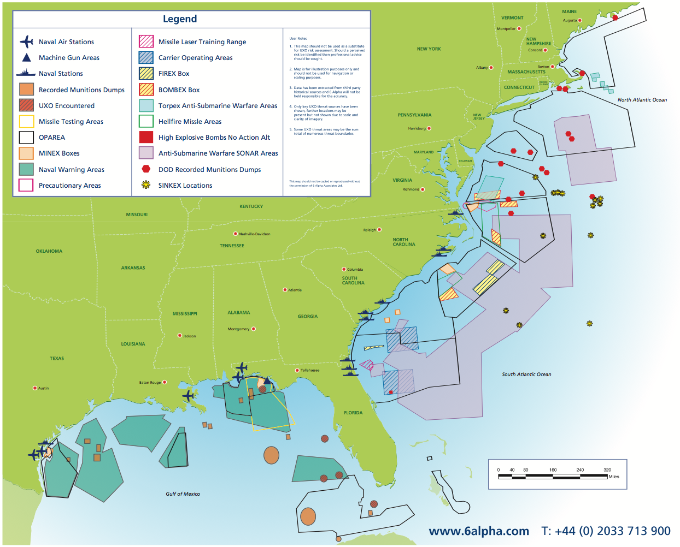 In doing so, I would urge them to learn from their European counterparts by taking heed of the following lessons:

1) UXO may be on site and will cause problems if mismanaged.

Many of the issues caused by unexploded ordnance in the European marine energy sector to date have resulted from inherent misunderstandings on behalf of the developer or grid operator regarding the scale and nature of the UXO threat to their project sites, and who is ultimately responsible for managing this risk.

While inadvertent detonation of UXO on a marine construction site is an extremely rare occurrence, the discovery of munitions can compromise a project. A number of instances in the European sector have shown that often the most tangible risk posed by the unexpected discovery of UXO is the potential for significant project delay and contractual dispute, which, in turn, brings about substantial, unforeseen financial consequences.

The identification, by geophysical survey, of anomalies that model as UXO in the vicinity of planned project infrastructure will necessitate the establishment of an exclusion zone whilst investigative and/or disposal procedures are carried out. As many as 60 vessels may be chartered on site at any one time during construction and, for the duration of this work, they may be sidelined. The cost of hiring a single jack-up barge can be as much as $350,000 per day, so any project delay is clearly capable of quickly eroding contingency sums.

In addition to the risk of costly project delay, failing to demonstrate that appropriate measures have been taken to mitigate the explosive threat to technicians and vessel operators on site puts developers at risk not only of jeopardizing worker safety but also of contractual dispute that can further compound these problems.

A case in point is the Riffgat Offshore Wind Farm in the German North Sea, which experienced lengthy setbacks as a result of a dispute between grid operator TenneT and the project developer regarding the responsibility and the risk management protocols for dealing with UXO along the export cable routes. The failure of initial studies to accurately identify the prospective quantity of UXO or its locations on the seabed resulted in an estimated €100 million of unforeseen costs — €37 million of which was spent on munitions clearance and €53 million on compensation for project delays.

2) Early identification of the local UXO threat is critical.

Scenarios as outlined above can be avoided through proactive, timely management during the early project-planning phases.

Given the increased level of technical complexity and the project delays associated with the safe removal of threats from the vicinity of an existing turbine foundation or subsea cable, we estimate that it is at least ten times more expensive to reduce UXO risk once a project is underway, compared with managing the risk proactively before geotechnical investigation and installation commences.

As such, the earlier a developer starts considering the threat of UXO on site, the better. Preliminary UXO threat studies making use of local records and historical information are an important starting point and can provide a quick overview of potential threats before a detailed threat and risk assessment using high-resolution detailed records and charts is undertaken.

3) The design and communication of UXO risk mitigation measures is vital.

The data obtained from these early-stage UXO surveys should inform the design of a comprehensive risk management strategy tailored to the investigative or construction procedures due to take place on site.

Once this strategy has been outlined, the design and specification of risk mitigation measures can follow. It’s highly important that the parameters of geophysical survey for UXO in the threat spectrum are clearly outlined to the specialist contractors due to undertake the work.

The employment of vessel-mounted gradiometry and side-scan sonar techniques is only worthwhile if it is proven to detect the smallest anomalies that pose a UXO threat. Geophysical survey for UXO need not identify the smallest threat, only the smallest that might present a risk, which cannot be tolerated.

4) UXO can be safely avoided, rather than cleared expensively.

One of the key advantages of a comprehensive, accurate site survey, specified and analyzed by trained munitions experts is that it not only pinpoints threats that will directly influence planned turbine sites and cabling routes and will therefore need to be safely removed, but also allows developers to avoid UXO. Depending on the flexibility of the plans in place, it can afford them the opportunity to mitigate UXO risk by means of small adjustments to project design that ensure critical project infrastructure remains at a safe distance from known threats, thus preventing its prospective initiation.

In this way the financial impact of UXO management can be reduced. Many Explosive Ordnance Disposal (EOD) contractors would advocate a 100 percent clearance approach that is both expensive and unnecessary. Developers’ legal responsibilities, in the UK and EU, are to reduce project risks to a level that is As Low As Reasonably Practicable (ALARP). This can be safely and efficiently achieved without investigating and removing every single object resembling a bomb, torpedo or mine on site. Similarly, because even the best/highest resolution geophysical surveys for UXO are likely to generate a high number of “false positive” targets (i.e. scrap metal that resembles UXO), its investigation and removal is often prohibitively expensive.

For a developer, knowing a) exactly what their legal responsibility is regarding safe management of UXO and b) what their risk management and mitigation options are is a crucial step towards keeping a lid on the costs of dealing with the threat appropriately and efficiently.

Seeking the advice of an experienced UXO risk management consultancy from an early stage, or, at the very least, accounting for the threat with the internal appointment of a qualified UXO risk manager should ensure that any UXO presence on site is dealt with safely and in a cost effective manner.

By following the example of a whole host of European offshore wind project developers that have acted proactively and appropriately to manage the UXO threat, the pioneers of the U.S. offshore wind industry can avoid the problems encountered by those who have mismanaged it and realize that the price of ameliorating this explosive risk need not run into the millions.