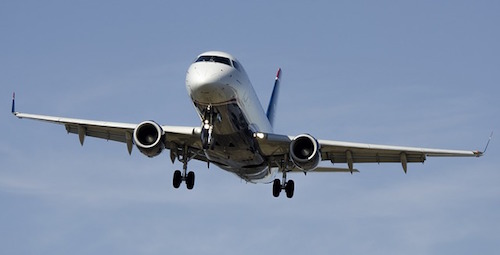 In Canada, the worldwide aviation industry has applauded a crucial climate agreement reached by governments meeting at the International Civil Aviation Organization (ICAO). The negotiations, to put in place the world’s first carbon offsetting scheme for any global sector, have had the backing of the aviation industry, which first proposed the measure in 2009.

Following six years of negotiations, governments meeting at the ICAO have reached agreement on the design elements of a global market-based measure for international aviation. It is part of a series of actions the aviation industry is taking to reduce its carbon emissions, which includes investing in new technology, scaling up the use of sustainable alternative fuels, improving operational performance of aircraft in the fleet already and using more efficient infrastructure.

The Executive Director of the cross-industry Air Transport Action Group (ATAG), Michael Gill, said that the ICAO agreement was an historic moment for aviation and for climate negotiations in general: “The industry took an unprecedented step to ask for a global measure to deal with the growth in aviation carbon dioxide emissions from 2020 onwards. What was a visionary approach seven years ago has today become a reality. We thank the government negotiators who have worked so hard to deliver a scheme which will successfully balance the growth in air transport and all of the economic and social connectivity benefits that it brings, with the need to address CO2 emissions from the sector.”

65 states have already volunteered to join the carbon offsetting and reduction scheme for international aviation (CORSIA) from its outset in 2021. This means that over 80 percent of the total growth in aviation CO2 after 2020 will now be covered and, indeed, this may increase as more states choose to join the scheme.