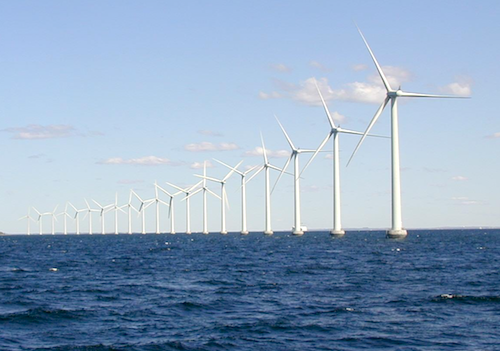 “We are very excited about this opportunity for Avangrid Renewables to play a leading role in the growing U.S. offshore wind industry, a reliable source of clean energy that has significant job-creation potential in North Carolina and the United States,” AVANGRID Inc. CEO James  Torgerson said in a statement. “Between our leading position in the United States, including North Carolina, where we operate a wind farm near Elizabeth City, along with the expertise and experience of our international affiliate, Iberdrola Group, in developing offshore wind in Europe, we felt we were well positioned to secure this bid.”

“The success of this lease sale reflects the continued interest of coastal communities to develop their offshore energy resources,” Zinke said. “Renewable energy, like offshore wind, is one tool in the all-of-the-above energy toolbox that will help power America with domestic energy, securing energy independence, and bolstering the economy. This is a big win for collaborative efforts with state, local, and private sector partners.”

BOEM said that, using the National Renewable Energy Laboratory’s estimates of 3 MW per square kilometer, the lease area has a potential generating capacity of 1,486 MW, and the actual size of the wind energy project will be determined by the developer.

According to BOEM, the lease will have a preliminary term of one year, during which the lessee may submit a site assessment plan (SAP) to BOEM for approval. The SAP will describe the facilities a lessee plans to install or deploy for the assessment of the wind resources and ocean conditions of its commercial lease area. Following approval of a SAP, the lessee will then have four and a half years to submit a construction and operations plan (COP) to BOEM for approval.