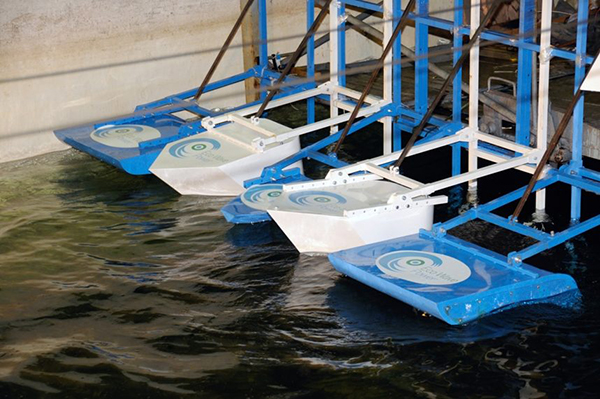 During the trip, said Frydenberg in an announcement from the ministry, “Along with the business delegation, I will meet several clean energy companies.”

The delegation visited the east side of Gibraltar where EWP has operated a 100-kW grid-connected tidal energy project since May 2016, according to EWP. EWP hopes that eventually the project will produce 5 MW for the Gibraltar grid.

EWP units feature a shaped floater head, which is attached via a hinge-like structure to the end of a static platform. The floating head causes the arm to rise and fall based on wave motion, thus creating the movement needed for power generation.

Upon completion, this site will provide Gibraltar 15 percent of its overall consumption of electricity, putting the country well in line with EU Renewable Energy Directive target of 20 percent renewable energy by 2020, according to EWP.

The project will be delivered in stages and involve an initial 1-MW stage followed by a 20-MW wave farm. Successful demonstration of the 20-MW farm could in turn lead to an expansion of 100 MW.

Associated with Carnegie’s Albany Wave Project is the establishment of the Wave Energy Centre of Excellence in collaboration with the University of Western Australia’s Oceans Institute and Albany Campus.

Currently, EWP is seeking US$6 million in capital to support its planned initial public offering on the Australian Securities Exchange.

After beginning studies in 2012, in 2015 EWP established a subsidiary in China to build a 100-kW plant at a cost of $450,000 that provides energy to about 100 households. The company also operates two power stations in Israel.