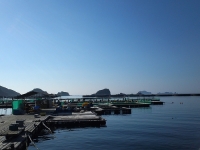 While solar is currently making the biggest renewable waves in Japan, the country is also moving quickly toward offshore wind, with the recent announcement that an offshore wind demonstration project would begin producing electricity by January.

According to GWEC, Mitsubishi Heavy Industry’s 2.4-MW wind turbines off the coast of Choshi will test operation in severe weather conditions, including typhoons, strong gusts and high turbulence. A similar project is also scheduled for 2012 in the Sea of Japan near Fukuoka City.

The Japanese government has also approved two offshore floating projects that will tap into strong resource in the deep coastal waters. According to Reuters, Japan has 1,600 gigawatts of offshore wind potential, nearly four times larger than the nation’s nuclear capacity prior to Fukushima.

The Disappearance of Dozens of Chinese Solar Companies: The bankruptcies of roughly two dozen U.S. and European photovoltaic manufacturers have framed much of the story about an oversupply of solar panels and crashing prices over the past year. What’s less known is the impact on the PV manufacturing industry in China, where over 50 companies also have closed, said John Lefebvre, president of Suntech Power’s American operations, during Intersolar in San Francisco on Wednesday.

U.N. Recognizes India Hydro Project: India’s 1,000-MW Karcham Wangtoo hydroelectric project has been registered under the Clean Development Mechanism of the United Nations Framework Convention on Climate Change. The U.N.’s CDM is an initiative intended to prevent climate change and comply with emissions standards dictated by the Kyoto Protocol. The facility, which is located on the Sutlej River in Himachal Pradesh, is one of the largest hydro plants to ever receive CDM designation, according to operator Jaiprakash Power Ventures Ltd.

Clean Energy Investment in China on Rise: Investment in clean energy rose 24 percent to $56.9 billion in the second quarter compared with the first, led by a surge in expenditure in China, Bloomberg New Energy Finance said. Spending in China jumped 92 percent in the period to $18.3 billion as several large solar photovoltaic parks and wind farms secured hundreds of millions of dollars in financing.

Chinese Wind Turbine Maker May Bid for Vestas: China Ming Yang Wind Power Group Ltd, the New York-listed wind turbine manufacturer, is considering acquiring Vestas Wind System, a maker of wind turbines, according to a source with knowledge of the deal. “Ming Yang will offer 1.4 to 1.5 billion euros ($1.72 billion to $1.97 billion) to buy the Danish company,” said the source, who declined to be named.

The Power to Change: In the village of Sanno — population 42 — the Fukushima crisis prompted residents to adopt a new energy strategy, and now the aging village is the nation’s first to be powered solely by renewable energy.

Plotting Indonesia’s Path to Geothermal Dominance: WWF Indonesia launched a report that mapped out the country’s geothermal resources in a bid to promote the use of alternative energy sources. The report, titled “Igniting the Ring of Fire: A Vision to Develop Indonesia’s Geothermal Power,” said Indonesia had the world’s biggest geothermal potential as the country sat on the world’s most active volcanic belt, the Ring of Fire, which frames the Pacific Ocean.

Rice to Power in Philippines: DP CleanTech, a Chinese biomass and waste-to-energy business, won a contract to build a 12-MW facility in the Philippines that will use rice husk, rice straw and woodchips to produce power.

If you are an industry expert and would like to be a contributor for RenewableEnergyWorld.com, please contact us at editor@renewableenergyworld.com so we can show you how to get started.