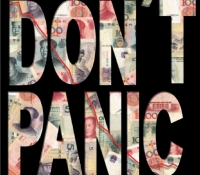 New Hampshire, USA — Suntech has managed to delay a major bond payment for another two months until May 15, but there’s still considerable buzz surrounding the company and this $541 million debt deadline, widely anticipated as a major test of China’s drive to consolidate its solar industry.

The Wall Street Journal has published a lengthy analysis of the bond payment deadline and its broader implications, and we’ve been tracking it, too. Speculation ranges from the belief that a big government rescue is coming, to that a third party will be given control of Suntech. The settlement last week of a dispute with major partner GSF likely removed a hurdle to either scenario.

The company is adding to the turmoil with the departure of founder and chairman Zhengrong Shi, who has resisted the ouster. Local reports claim Suntech is being sued by a handful of Chinese lenders over a loan somehow tied to Shi’s presence at the company. Shi hasn’t gone quietly either, claiming his removal was “disastrous” and “unlawful” and that as of a week ago the company had no plans to refinance those convertible bonds due on March 15.

Round Two for Karnataka Solar Projects: A year ago the Indian state of Karnataka allocated 80 MW of solar energy projects. Now it’s launching a second round of allocations of 130 MW to meet the Renewable Purchase Obligation (RPO) of the state’s power distribution companies. The reverse auction is based on a benchmark tariff of INR 13.50/kWh for PV, and 11.35/kWh for CSP — though project size restrictions of 3-10 MW, CSP candidates are unlikely. Bids are due by March 28.

Indonesia to Set Tariff to Promote Solar Energy: Indonesia’s government is proposing a feed-in tariff as high as 25 cents/kWh to help attract more private investors. Development of solar power facilities — with emphasis on less-developed eastern areas including Flores island and Papua — would still be conducted through a competitive bidding process, with electricity purchased by state utility firm Perusahaan Listrik Negara. A feed-in tariff for geothermal power was set last year at 11-18 cents/kWh depending on location.

Multinational Effort for Solar Energy in Japan: BIJ, Italy’s finergia, and Swiss firm Mecco Group have agreed to set up a joint venture to install 30 MW of solar PV capacity in Japan and neighboring markets such as the Fiji Islands. The partnership also will provide off-grid services including energy storage, solar water pumping, and telecommunications.

Malaysia’s New Degression Rates for Solar PV: Malaysia has announced new proposed degression rates for solar PV under the feed-in tariff (FiT) mechanism, coming into affect at the end of this month. In a nutshell: installations up to 24 kW in capacity would have an unchanged degression of 8 percent, but >24 kW would jump up to 20 percent degression. The degression rates for bonus criteria of locally manufactured or assembled PV modules and inverters would have degression reduced to zero.

India’s Biggest C-Si Solar Plant Commissioned: Jakson Power Solutions has commissioned a 20-MW solar power plant in Rajasthan, its first solar IPP project at BAP/Jodhpur District. It is also being billed as the largest single-location solar power farm in India built on crystalline-silicon (c-Si) technology. The company has also acquired 250 acres of additional land at the same site for developing solar farms, and plans to scale up the capacity to 100 MW within next three years.

Solar Systems Fight Power Outages in Schools, Homes: Prema Samajam Schools and Old Age Home in Vishakhapatnam has converted orphanage schools and old-age homes with 27.6 kW of rooftop solar power systems, to run the lights, fans, TVs, kitchen equipment, and dining halls throughout the day, while saving up to 350,000-400,000 rupees off the annual power bills. The total cost is over 6 million rupees including facility upgrades, but 30 percent of that will be subsidized by the Central Government of India.

India: 15 GW of Wind Power by 2017: India’s government has set a target to install 15 GW of wind power during the 12th Plan period, ending in 2017. Incentives to foster private sector investments to reach that mark include 80 percent accelerated depreciation, concessional import duty on certain wind turbine components, and exempting excise duty for manufacturers. By December 2014, about 1.3 GW of wind power projects will be established in Madhya Pradesh alone.

Japan Headed for a Solar-Like Wind Boom?: Japan’s wind power industry will see a boom in installations similar to the surging solar capacity it’s seen in the past year, according to a lawyer who advises investors. “Once the Japanese banks feel comfortable enough to finance, that’s when the mega market will take off,” said Arthur Mitchell, senior counselor of White & Case LLP in Tokyo, though investors also are more attracted to national parks and offshore wind with government approval for large-scale construction.

China Driving Record Solar Growth, While Panel Makers Wilt: China is poised to become the biggest market for solar energy this year, and is projected to add 10 GW of solar capacity amid a 14 percent global installations surge to 34 GW. That growth, though, continues to take advantage of still-falling system prices, causing deeper pain for solar manufacturers. (Stop us if you’ve heard this before.)

Is Japan Squandering Opportunity for Renewables after Fukushima Crisis?: Two years after the March 11, 2011, earthquake and crisis in Fukushima led to the closing of all except two of Japan’s 50 nuclear plants, Japan still gets only a fraction of its energy from clean sources. Despite some incentive programs and streamlined processes, Japan has wasted the opportunity to form an energy mix more reliant on renewable energy, according to author, environmentalist, and geneticist David Suzuki.

If you are an industry expert and would like to be a contributor for RenewableEnergyWorld.com, please contact us at REWNews@pennwell.com so we can show you how to get started.

Lead image: Don’t Panic (with yuan in background), via Shutterstock