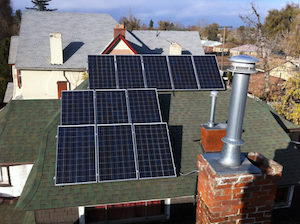 Missouri is the latest state where utility regulators are reevaluating outdated rules on customer-owned solar power and other distributed energy sources.

The experience of two neighboring states shows there’s no guarantee the effort will result in policies that are more favorable for renewable power.

Across the country, commissions have been playing catch-up with policies in the wake of rapid economic and technological change around clean energy, according to Karl Rábago, a distributed-energy consultant who has provided testimony in some Midwestern states.

In some states, notably California and New York, regulators have adopted new policies designed to advance clean energy, Rábago said. In others, “you’ll have … no recognition of the need for change. And in some places, you will see barriers erected.”

A study by the Kansas Corporation Commission, for example, ended in a September ruling that is expected to lead to higher charges for customers with solar panels. An Iowa proceeding last spring resulted in an experimental tariff on distributed generation that appears likely to put at least a small drag on future solar installations.

It’s not clear where matters are headed in Missouri, where regulators are holding workshops and soliciting feedback from utilities, clean-energy advocates, and others.

“They haven’t given us much of a clue as to what might come out of this,” said Henry Robertson, a lawyer with the Great Rivers Environmental Law Center in St. Louis who filed comments in the proceeding on behalf of the Natural Resources Defense Council. “These workshop dockets are always very interesting, but they don’t necessarily result in anything.”

The NRDC’s comments stress the need for interactive load management — utilities need the ability to smooth out peaks and valleys in demand using smart meters and demand-side resources, Robertson explained.

James Owen, the director of Renew Missouri, said one of his top priorities conveyed to the commission is a value-of-solar study, an attempt to identify and quantify costs and benefits that result for the electric grid from distributed generation.

Rate cases are regularly hung up on warring claims about the impact of distributed generation, with solar promoters generally asserting that it benefits the grid and opponents claiming it unfairly shifts costs to customers without their own generation.

Ameren’s senior director of regulatory affairs, Tom Byrne, did not confirm that but said that the state’s largest electricity-provider believes “policy makers should take into account the full costs and benefits of all sources of energy.”

While a value-of-solar study might be seen by some as a win for clean energy, Owen said utilities have also made clear they “want to focus on whether distributed energy should be treated differently… which I think is a disastrous idea.”

Byrne responded that Ameren “does not plan to seek a class change for distributed generation customers. By statute, they are treated the same as all other customers.”

In Kansas, a ‘Chilling Effect’

In one respect, the Missouri process appears like a replay of a similar docket in Kansas, which wrapped up in September. Clean-energy activists there pushed hard for a value-of-solar study but wound up with a ruling that could set distributed generation back.

Dorothy Barnett, executive director of the Climate+Energy Project in Kansas, said if the state’s two major investor-owned utilities file rate cases in 2018 — which she deems likely — they could have “a substantially chilling effect on the market.” She expects the utilities to ask for additional fees, perhaps including a demand charge.

“That was the piece that every conversation circled around, that demand charges were an appropriate way to charge customers with distributed-generation systems,” Barnett said.

Scott White, a research and project analyst for Cromwell Solar in Lawrence, Kansas, said he has concluded the Kansas commission isn’t the place to make a case for more renewable energy because “they’re limited in what they can consider. It’s reliability and cost. It’s got to be as cheap as possible.”

Purported benefits that are difficult or impossible to quantify such as air quality cannot be considered by the commission, he said. Now that the commission has authorized separate rates for customers who generate their own power, White thinks distributed renewables will be a target in every rate case going forward.

“The only hope is if the legislature weighs in. I don’t know if that will happen,” White said.

A ‘Data-Driven’ Approach in Iowa

Iowa spent three and a half years considering distributed-generation policy before concluding last spring. The results are a bit more ambivalent toward clean power. The Iowa Utilities Board preserved existing net metering rules, endorsed improvements to interconnection standards and generally expressed support for a “data-driven” approach toward distributed-generation policy, a position that pleased clean-energy advocates.

“For the pilots, we’re waiting to see what impact those are having,” said Nathaniel Baer, the energy program director for the Iowa Environmental Council. “Our hope is that the distributed generation market will continue to grow, and grow well. We need to see a little more evidence that that is the case.”

While acknowledging that Interstate’s experimental pilot is “a concern,” Josh Mandelbaum lauded most of the docket’s outcome to date. Mandelbaum is an attorney for the Environmental Law & Policy Center, and has filed many briefs in the distributed-generation docket.