More
Home Baseload Around the Baseloads: What’s New in the Geothermal, Biomass and Hydropower Industries 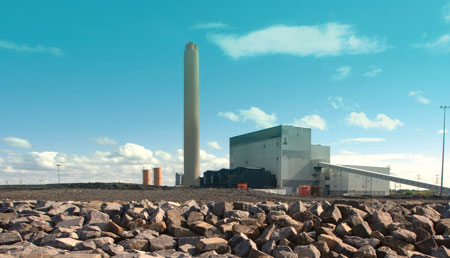 No country will ever get to 100 percent renewable energy without using geothermal, biomass, hydropower or a combination of the three. These technologies are able to provide energy around the clock, (baseload) and do not depend on the sun shining or the wind blowing. The one exception to this rule is hydropower, which can have its output reduced or increased during seasonal fluctuations in water supply. For the most part, however, it is only with these baseload renewable energy sources that countries can ever hope to become completely powered by renewables. Here’s a look at what’s happening in these important renewable energy sectors.

The International Renewable Energy Association (IRENA) and the Global Geothermal Alliance in partnership with Icelandic Law Firm BBA in January published a handbook intended to provide insight into the legal frameworks governing exploration, exploitation and production of electricity from geothermal resources, in the 16 countries where geothermal energy is currently being harnessed or a known resource is available.

The 170-page guide should be a great help to organizations that are interested in geothermal and need to unravel the complex and sometimes even non-existent regulations surrounding geothermal energy.

The regulatory framework in respect of the exploration and development of geothermal energy is in many countries either not existing or fragmented with provisions located in the various sectors of legislation. Many countries rely on laws relating to other energy sources, such as mining. Furthermore, in certain cases no particular administrational authority is entrusted with geothermal matters.

The report gives a snapshot of progress in each of the 16 countries where any geothermal activity is taking place (Iceland, Canada, Chile, Ethiopia, France, Germany, Indonesia, Italy, Japan, Kenya, Mexico, New Zealand, Philippines, Turkey, United States and Vietnam) and then answers 15 questions about each country’s laws and regulations for development. The questions range from permitting, to taxation and land leasing, through to obligations for developers, and licensing. The authors hope that the guide will help move the world closer to a sustainable future.

Biomass — Helping the Transition Away from Coal

Dong Energy announced plans to exit coal at its power stations by 2023. Dong is a Danish utility and the leader in offshore wind farm development, having built more than 3 GW of the offshore wind capacity that is now online with much more in its pipeline.

“The future belongs to renewable energy sources, and therefore we’re now converting the last of our coal-fired power stations to sustainable biomass. The decision is in line with our vision to lead the way in the transformation to a sustainable energy system and create a leading green energy company,” said Henrik Poulsen, CEO, in a press release.

DONG has converted five of its coal-fired power plants to run on biomass already and has plans to convert two additional plants to biomass in the near future.

In the UK, biomass to coal conversions continue. In January, Emerson announced that it was awarded a contract from EPH Lynemouth Power to help convert the 44-year-old coal-fired Lynemouth Power Station to a new biomass-fueled power plant.

When the conversion is complete in late 2017, the 390-MW plant, near Newcastle in the United Kingdom, will be fueled by approximately 1.4 million tons of wood waste per year.

Pumped hydropower offers perhaps the best of both worlds: an emission-free source of renewable energy that can either store or generate power. With the uptake of intermittent renewables, utilities, power providers and grid operators around the world are increasingly exploring the how pumped hydropower could improve the operation of their grid.

In Chile, power generators recently released a report that stressed the importance of energy storage to stabilize the grid – the report cited California as an example to follow. Further, the report said that Chile’s 2016 electric power transmission law will help create a regulatory framework from which energy storage will benefit. Chile’s Espejo de Terapaca 300-MW pumped storage/600-MW solar PV power plant is currently wending through the planning process. Once built, it will be the largest combined solar and pumped hydropower plant of its kind in the world.

In Canada, Voith recently conducted a technical training seminar for employees about how pumped storage plants can contribute to grid stability in North America. The topics covered in the seminar included the technical and economic advantages of pumped storage for balancing load and generation as well as providing reliable available capacity. Dr. Klaus Krueger, head of R&D at Voith conducted the training and said he had also given similar seminars in South Korea and China.