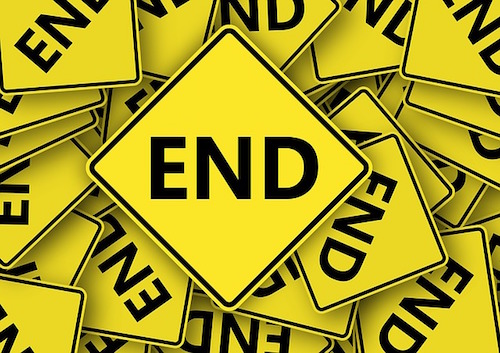 A 1987 book revealed the following quote attributed to Thomas Edison, circa 1931:

“We are like tenant farmers chopping down the fence around our house for fuel when we should be using Nature’s inexhaustible sources of energy — sun, wind, and tide. … I’d put my money on the sun and solar energy. What a source of power! I hope we don’t have to wait till oil and coal run out before we tackle that. I wish I had more years left!”

Whether that was an exact quote by Edison is unclear, but there is no doubt the so-called “Father of Invention” had shared such opinions about the future of energy.

Fossil fuels were always intended as bridge fuels until a clean, inexhaustible source of energy could be developed that was economically viable. While large pockets of oil, natural gas, and coal remain underground, supply must be constantly increased as our demand for energy continues to grow.

Because fossil fuels require extraction and transportation prior to being used, the cost will inevitably rise along with the cost of labor, transport, and materials. It is hard for mature industries to continually innovate to keep up with demand at a low cost.

Meanwhile, rapid technological innovation and improved efficiency in the wind and solar industries has led to a significant drop in cost. Once these facilities are placed in operation, the costs are relatively stable because there are no variable costs of extraction or of transporting fuel. Suddenly it makes sense for utilities to lock in long-term contracts for wind or solar energy, instead of relying on fossil fuel plants where the long-term cost of fuel is unknown and can be highly volatile.

Environmental regulations are finally forcing the fossil fuel industry to account for their environmental costs. In the U.S., the coal industry, in particular, is struggling to comply with regulations requiring the abatement of mercury and other toxins, as well as dealing with growing amounts of solid waste that have led to horrible accidents when not properly stored. Efforts towards de-carbonization are making it even more difficult for coal generation to be competitive in the current marketplace. “Clean coal” plants have struggled because they cannot compete with natural gas and renewables. Two plants recently built in Indiana and Mississippi had enormous cost overruns and delays.

In the U.S., electric generation from coal declined by a third between 2007 and 2015 — and is already down another 17 percent just through the first seven months of 2016. This year, coal consumption by the utility sector is expected to be the lowest in 32 years. This isn’t only happening in the U.S.; global demand for coal declined last year, and by the largest margin in five decades. Even China reduced its demand for coal last year.

Meanwhile, the U.S. has increasingly relied on natural gas for electric generation, which has now surpassed coal. Although natural gas prices had dropped precipitously by early 2016, they’ve now increased by more than 50 percent. In the past, when utilities saw an increase in the price of natural gas, they simply burned more coal. But with nearly 15 percent of the U.S. coal fleet retired in the past five years, this is no longer as viable an option.

Natural gas requires pipelines to reach customers, and those take time to build and face environmental opposition. Environmental concerns about natural gas are becoming a factor in its cost. From concerns about fracking, to pipeline explosions and methane leaks, natural gas will inevitably be subject to more regulation and oversight as these issues mount.

One case where subsidies arguably supported an uncompetitive energy source is nuclear power. Touted as a “clean” alternative to fossil fuels, nuclear plants in the U.S. were all heavily subsidized during their development and operation. Utilities could increase rates to customers early on in the development process. Ratepayers and taxpayers are on the hook for cost overruns during construction, insurance costs against accidents during operation, and the storage of nuclear waste pretty much forever. We’re even paying billons in legal penalties to the nuclear industry for the government’s failure to build a permanent waste depository.

Despite all this generous support from the American public, nuclear power plants still struggle to compete in today’s market. Recently, New York State agreed to subsidize three existing nuclear plants with up to $7.6 billion funded by ratepayers just to keep them running for another 12 years.

The ideal source of energy is inexpensive, clean, renewable, produces no waste, and can be generated at the site of consumption. Finally, that energy source needs to be available when it is needed. This is where energy storage is expected to play an enormous role; not just for large-scale wind and solar installations, but for distributed generation as well.

The transition to renewable energy won’t happen overnight. Utilities in the U.S. only recently started closing 1950s- and ’60s-era coal plants and many of the natural gas plants built over the past two decades will still be operating 20 to 30 years from now. But the transition is inevitable. According to the Federal Energy Regulatory Commission and EIA, between the end of 2010 through August 2016, the U.S. added approximately 55 GW of new renewable energy capacity (when including distributed solar). The net increase in natural gas capacity was approximately 45 GW, while the net capacity of coal declined by 46 GW, and the net capacity of oil-fired plants decreased by 16 GW.

85 years after Edison’s famous quote, we are now at a tipping point where “nature’s inexhaustible resources” are finally a competitive source of electric power. Fortunately, we didn’t wait until we ran out of fossil fuels, or had to chop down our fences, before we finally put our money where it belongs.