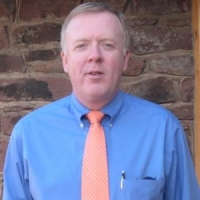 The Renewable Energy community has run into a road block over how to attract sufficient investment in renewable energy generation. The existing carrot has been the state & local tax credits that are applied to offset the “incremental cost” of wind, solar and hydro-electric power projects, along with preferential power pricing, net metering, and kilowatt-hour (kWh) producer credits.

The problem is that the United States Congress & Senate cannot reach agreement on renewal of this provision, and at best it may receive a short-term renewal (1 or 2 years) after which the cost of renewable energy will have to achieve significant cost reductions in order to flourish.

There is another way to generate a very high volume of investment WITHOUT impacting federal tax collection. The real issue in electrical generation is the elimination of the carbon footprint inherent in our existing electrical supply. Oil isn’t a significant factor today in the generation of electricity, so renewable electrical generation does very little to improve American energy security or to reduce our consumption of foreign oil. We are not in danger of running out of American coal in the next 100 years, so we do not have a supply issue. Burning coal to produce electricity does have two substantial problems:

If America wants to reduce its carbon footprint, the first step should be to SLOW & STOP THE GROWTH. The American economy is driven by growth – we construct between 2.6 and 3.0 million new homes each year, along with uncounted new commercial & industrial buildings. The energy consumed to produce the components of these homes is already baked into our carbon footprint. The energy consumed when these structures become occupied / utilized is NOT. So as long was we keep building, America is increasing its carbon footprint.

The answer should be obvious – force 100% of all new construction to fund renewable energy generation equivalent to the anticipated usage by the new project. For example if every new home built in America starting in 2009 had to incorporate at least 5 kilowatts (kW) of renewable energy generation as part of getting a building permit AND this had to be operational in order for a certificate of occupancy to be issue, there would surely be more then 1 million homes that would opt for solar PV panels at the time of construction. More importantly, the cost of design & construction would be far less than trying to retrofit existing structures, which makes this option more affordable to new home buyers. Builders of major subdivisions might choose large-scale power plants as a more cost effective alternative, or a community might choose to build on an even larger scale, funded by new construction projects.

Yes, this will impact the cost of new construction. BUT the cost of expanding the carbon footprint (and later having to reduce it) is being created by these new projects, it is therefore only a question of who will have to pay for it, and when.

I consider this approach a realistic “down payment” to slow down the growth in the carbon footprint. Additional work should focus on identification of all other industries & activities that are increasing our footprint, and how to get them similarly involved in halting the growth.

For example, the car industry adds about 16 million new cars to America’s roads each year. While certainly a number of vehicles are retired, there is no doubt that overall the number of registered vehicles is rising every year, thereby increasing the American footprint. Improvement in both fuel economy and reductions in carbon emissions has been woefully slow over the past 2 decades (in fact, the explosive growth in SUV, cross over, mini-van & large engine vehicles has been a major factor in increasing America’s carbon footprint).

The automobile industry has fought tooth & nail against all efforts to legislate higher standards for efficiency & pollution. It is time to force the industry to halt its contribution to the growth in carbon emissions. What they cannot achieve by improvements in their cars, they should be required to offset by investment in carbon free energy systems to power not only their plants but also stand-alone power plants (since it is doubtful that they can save enough simply by producing power at all of their component & assembly plants).

The point is that Federal Legislation that forces additions to the carbon footprint to offset themselves can be achieved without ANY loss of the tax revenue that the federal government so badly needs. Making those that are trying to increase the carbon footprint pay to offset their impact is a fair & equitable solution. It will also generate a huge and sustained market for renewable-energy investment. It could also be a lot easier package of legislation to get through the U.S. Congress & Senate. The rhetoric could start with “A Down Payment” on reducing America’s carbon footprint – something that’s hard to argue.