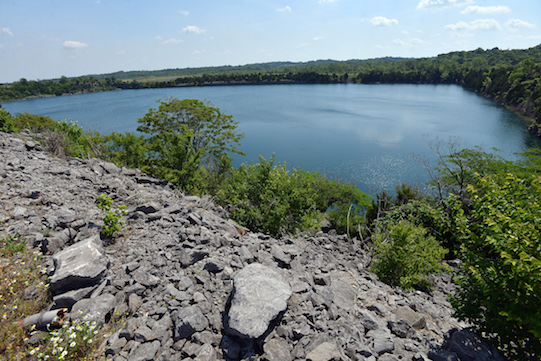 The Metropolitan Nashville Airport Authority (MNAA) in Tennessee has transitioned the air conditioning at the Nashville International Airport (BNA) to a geothermal lake plate cooling system.

“This is a remarkable project for its scope, ingenuity and efficiency,” Rob Wigington, president and CEO of MNAA, said in a May 17 statement. “This historic project will significantly reduce our electricity usage and potable water consumption, which will result in substantial annual utility savings.”

MNAA said that the project takes advantage of 50-degree Fahrenheit water at the Hoover rock quarry by circulating that water through closed loop pipes and geothermal heat exchangers submerged in the quarry to the airport terminal’s central plant, providing cooling for the entire terminal. In addition to the geothermal system, the project also allows for the use of the quarry water for landscape irrigation.

According to MNAA, the airport’s chilled water equipment’s energy consumption has been reduced by 50 percent since BNA began the switch to the new system in February.

MNAA expects the project to reduce electricity usage by 6,000 kW of peak demand and result in annual savings of 1.3 million kWh and 30 million gallons of potable water. The utility savings to MNAA are expected to exceed $430,000 per year.

The project was developed and engineered by Energy Systems Group, Garver, and Smith Seckman Ried. MNAA received the 2016 Environmental Achievement Award in the Special/Innovative Projects Award category from the Airports Council International-North America for the geothermal lake plate project.