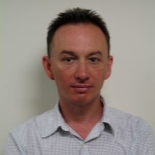 The African Union, an alliance of 54 countries, announced a plan to mobilize $20 billion to develop at least 10 GW of renewable energy on the continent by the end of the decade.

The African Renewable Energy Initiative was announced Tuesday at the United Nations climate summit in Paris. It will be hosted by the Abidjan, Ivory Coast-based African Development Bank, which will also act as a trustee, according to Alex Rugamba, director of energy, environment and climate change at the AfDB.

The program is expected be partially funded from the $100 billion pledged by rich countries to fight climate change in the developing world. The promise was made in Copenhagen in 2009 as wealthier countries with distant memories of their industrial revolutions prodded emerging economies to choose green rather than cheap.

“The latest G-7 meeting in June resulted in a strong statement about the $100 billion for climate finance, so we think this could be one way,” said Rugamba in a phone interview. France said Tuesday it will pledge $2.2 billion. The funds would be used to attract and leverage private capital with a ratio of one to three or four, he said.

The African Development Bank turned its focus to energy this year, seeking to bring electricity within a decade to the 620 million citizens on the continent who lack it. The institution funds both conventional and renewable power plants, and said it will triple its financing of climate action projects to $5 billion annually by 2020.

“We have enormous natural resources for clean energy in Africa,” Akinwumi Adesina, president of the African Development Bank, said in an Oct. 25 interview. “We have the potential to deploy 11 terawatts of solar energy, 350 GW of hydro, 110 GW of wind and 15 GW of geothermal.”

The initiative is likely to develop geothermal projects in East Africa’s Rift Valley, wind in North Africa such as in Egypt and hydropower across the continent, Rugamba said. It doesn’t have an established pipeline yet.

The African Union’s membership includes almost all countries on the continent with the exception of Morocco. The Central African Republic had its membership suspended after the 2013 coup d’etat.