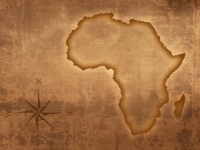 The fund, set to be managed by Berkley Energy Africa, will be distributed to independent power producers (IPPS) for 5- to 50-MW solar, small hydro, wind, geothermal, biomass and waste gas projects. AREF will commit $10-30 million to the development stage of each project, and larger projects may be able to acquire additional funding. AREF hopes to raise an additional $100 million for the fund within the next 12 months.

The African Development Bank (AfDB) is the fund’s lead sponsor, contributing $65 million. It also brings significant financial knowledge and experience through its ties with other initiatives such as Sustainable Energy for Africa (SEFA), which will also set up a Project Support Facility to aide development at early stages to broker bankable projects.

AfDB is also heavily involved in the Sustainable Energy for All (SE4All) initiative led by the United Nations and The World Bank.  SE4All strives to achieve global access to electricity and safe fuels and to double the share of renewables adoption and energy efficiency improvements worldwide — all by 2030.

As the Africa hub for this initiative, AfDB is a “prime catalyst for renewable energy investment on the continent,” said AfDB regional director for the East Africa Regional Resource Center Gabriel Negatu in a release. “As Africa’s largest infrastructure finance partner, we understand the value of supporting both large-scale and small-scale projects as part of our strategy for Africa to promote inclusive and sustainable growth.”

“The launch of a first pan-African dedicated renewable energy fund, with a center of gravity in Africa, sourcing a majority of its capital from Africa at an exciting time in the evolution of macro-economic factors in Africa’s favor, presents a propitious environment for the investment of AREF,” Berkeley Energy’s managing partner TC Kundi said in a release. “We aim…to ensure that a part of Africa’s growing need for power is met through responsibly developed clean energy projects that improve the generation mix and maximize the use of local resources.”