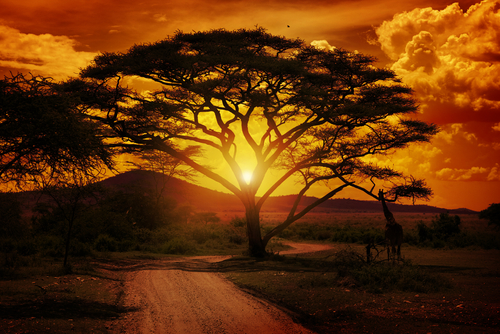 Termed the “New Deal for Energy in Africa,” the continent’s largest development bank said the plan will significantly raise its support for energy projects and that its partners should also scale up efforts. The proposal also called for African countries to increase financing for the development of the energy industry.

“A lot of financing is needed,” Adesina said in a speech on Thursday in Abidjan, the commercial capital of Ivory Coast, where the bank is based. “We must close the $55 billion financing gap for energy in sub-Saharan Africa.”

Adesina served as Nigeria’s minister of agriculture and rural development before being chosen to lead the development bank. The deal is the first initiative he’s announced in his new role. The bank spent $2 billion on energy projects in 2014, with $650 million in power generation. Over 80 percent of the generation projects were renewable energy.

About 620 million people in sub-Saharan Africa don’t have access to electricity, according to data from the International Energy Agency. Demand for energy is soaring, with a 45 percent jump between 2000 and 2012, according to the IEA.

“Renewables will have a very big role to play in Africa, I think the introduction will lead to a transformation of the electricity sector,” Angeli Hoekstra, Africa power and utilities leader at PricewaterhouseCoopers LLP, said in a phone interview. “There is a lot more investment taking place in this space.”

Adesina called for the development of major regional energy projects, such as the Inga hydropower dam in the Democratic Republic of Congo. The development bank has recently invested $70 million in the Inga 3 unit, a stage of the project, with construction expected to begin in 2017, according to Alex Rugamba, director of the bank’s department of energy, environment and climate change. The hydropower project will have the potential to generate 40 GW of electricity when complete.

The development bank is also supporting a large-scale wind farm at Lake Turkana in Kenya, which should start operating in about two years and have a capacity of 300 MW, Rugamba said in a phone interview.

The private sector can play a key role in the development of Africa’s energy sector if provided with an enabling environment, Tony Elumelu, the co-chair of the African Energy Leaders Group, said at the meeting in Abidjan.

“Initially, the cost was the biggest challenge to building renewables in Africa, but this is no longer the case as the prices have fallen,” Rugamba said. “We are working with governments to create frameworks to encourage private investment in clean energy.”

The governments of Ivory Coast and Democratic Republic of Congo have already pledged to support the deal and help mobilize efforts to work toward ending the continent’s energy deficit in the next decade.