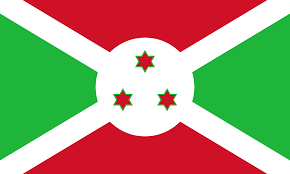 The Sustainable Energy Fund for Africa (SEFA), managed by the African Development Bank, has approved a $990,000 grant to support the preparation of a 9-MW solar-hydro hybrid project in Burundi.

The project – which will be developed by Songa Energy Burundi — consists of two plants, each featuring a solar and a hydro component, as well as a local distribution network and interconnection to the national power grid. The hybrid design is anticipated to regularize power output during dry and wet seasons and mitigate power shortfalls caused by climate change.

According to a press release, the SEFA grant — which is instrumental in assuring project bankability — will support technical feasibility, environmental and social impact assessment, and financial advisory for the project.

“We are privileged to have secured this funding which is instrumental to the further development of our portfolio,” said Daniel Brose, president and chief executive officer of Songa Energy Burundi. “This funding will bring us and the people of Burundi one step closer to our collective goal of widespread rural electrification in a country that has one of the lowest rates of access to electricity in the world.”

Upon completion, the project will electrify about 20,000 households. By enhancing access to electricity, the project will also generate socio-economic benefits, especially for women and small and medium-sized enterprises.

“In addition to the energy access and socio-economic benefits, with the strong government support, this innovative project will pave the way for increased private sector participation in renewable energy to diversify the energy mix in Burundi,” said Wale Shonibare, the bank’s acting vice president for power, energy, climate, and green growth.

AfDB says the project is fully aligned with the bank’s strategic goal to support inclusive green growth by promoting access to clean, modern, reliable and affordable energy services in rural areas and to promote energy access and renewable energy technologies. It is also aligned to the government of Burundi’s objectives to expand renewable energy generation capacity and promote private sector involvement.

AfDB contributes to the economic development and social progress of its 54 regional member states. SEFA is a multi-donor facility funded by the governments of Denmark, the United Kingdom, the U.S., Italy, Norway and Spain. It supports the sustainable energy agenda in Africa through grants and concessional investment to facilitate the preparation of green baseload, green mini-grid and energy efficiency projects; equity investments to bridge the financing gap for small- and medium-scale renewable energy projects; and support to the public sector to improve the enabling environment for private investments in sustainable energy.