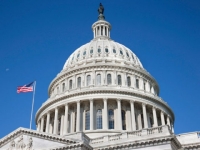 Through the administration of the NDSP, the Federal Emergency Management Agency (FEMA) will continue leading national efforts to protect the public against dam failures by:

• Acting as a liaison for communications between state and federal agencies

The act is being applauded by the Association of State Dam Safety Officials (ASDSO), which has supported the legislation since its first authorization in 1996 through subsequent authorizations in 2002 and 2006.

“There are more than 84,000 dams in the U.S. and state dam safety programs oversee more than 85% of them,” says ASDSO President Zahir Bolourchi, P.E. “The NDSP is invaluable to the state programs involved with the day-to-day safety regulation of these vital, yet potentially dangerous, components of the national infrastructure.”

ASDSO has worked with the American Society of Civil Engineers (ASCE) since 1998 to issue national “infrastructure report cards” that assess the condition of America’s dams. Since then, ASDSO says the grades have remained a “consistent ‘D’,” although the organization says the grade’s seeming lack of progress is somewhat deceptive due to overall improvements in many areas pertaining to dam safety.

ASDSO notes, however, that it would still take about US$16 billion to rehabilitate the nation’s most high-hazard dams, and funding for inspections and the enforcement of safety programs is still sparse.

HydroWorld.com reported earlier this year on the naming of ASDSO’s new officers and its annual awards ceremony.

Civil works and dam safety will be one of the tracks available to attendees of HydroVision International 2012.