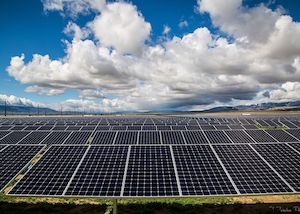 A 2015 study by the National Renewable Energy Laboratory and IBM found that more accurate day-ahead predictions of solar energy generation levels would save ratepayers in California $5 million in avoided costs. Solar forecasts, which integrate weather patterns and solar production estimates to help grid managers predict how much solar energy will be produced across their system on a given day, allow utilities to better allocate resources and avoid the need to ramp up reserve power plants. But grid managers have run into a problem that’s as old as time: it’s hard to predict the future.

The SunShot Initiative-funded study specifically examined the impact of day-ahead forecasts because reserve power plants, like natural gas and oil-fired plants, are allocated by utilities to manage day-ahead scheduling needs. For example, if the next day is expected to be cloudy and a forecast predicts lower than usual solar production, utilities can prepare to bring backup plants online. However, problems arise when grid operators overestimate the amount of solar power that will be produced and have to ramp up reserve plants on short notice, which adds costs. Grid operators also risk underestimating solar production, requiring them to turn off—or curtail—solar farms because they already committed conventional, baseload power plants to meet their predicted demand. Either way, an accurate forecast would allow utilities to determine the least-cost option for power and build confidence in solar power availability.

The technical solution to this problem may not be far away. IBM put its research to the test and utilized  Watson, the artificial intelligence supercomputer known for winning “Jeopardy!”, to tackle more accurate forecasting. By developing a self-learning weather model, the platform synthesizes data from a variety of sources including historical weather data and real-time measurements from local weather stations, satellites and ground-sensor networks. This model, researchers believe, could improve solar forecasts by as much as 30 percent.

This foundational work is now being bolstered by a second round of funding from SunShot. The Solar Forecasting 2 funding opportunity seeks innovations that would improve forecasting in both the near-term and the day-ahead horizon, providing up to 48 hours of predictability. Of special interest is the accurate prediction of large-scale cloud movement, which can affect solar generation across large areas. Anticipating cloud positions across longer time scales has been particularly challenging for existing forecasting models because of the complex factors that influence how clouds are formed, move, and dissolve.

In addition, the projects supported by the new funding opportunity will advance solutions that integrate solar power forecasts with grid management systems. By partnering with a grid management entity that coordinates generation throughout a given transmission system, researchers can not only test the solution under real-world conditions, but also establish the relationships that are needed to operationalize new technologies within individual utilities and across the broader independent grid operators. These kinds of partnerships will help modernize utility operations, while enabling entrepreneurs to develop technologies that are needed in the marketplace.

The SunShot Initiative will continue to work with utilities to reduce the costs associated with solar energy, while also working to increase the flexibility and resiliency of the nation’s electrical grid as it accommodates growing amounts of solar power each day. Learn more about SunShot’s systems integration work.