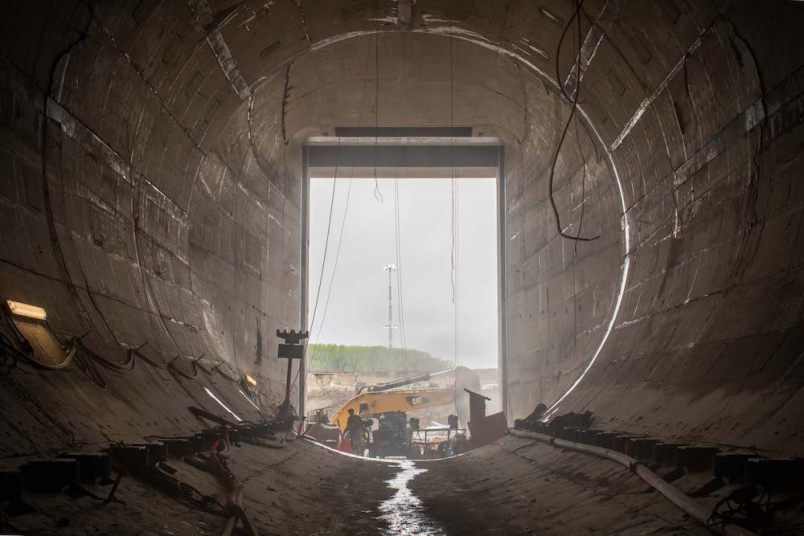 ACCIONA, the leading partner of Peace River Hydro Partners (PRHP), announced it has completed an important technical milestone on the 1,100-MW Site-C hydroelectric project, having finalized the construction of the twin tunnels to divert the Peace River.

Each tunnel is 750 m long with an 11-m diameter and will channel up to 3,000 cubic m of water per second from the river.

The project, commissioned to ACCIONA and its partner by BC Hydro, involves the construction of an earthfill dam spanning more than 1 km that rises 60 m over the riverbed of the Peace River in British Columbia, Canada. The principal civil engineering contract also includes major auxiliary works such as construction of 5 km of cofferdams and the two recently completed river diversion tunnels, as well as various temporary access roads and bridges.

ACCIONA is also constructing an 800-m-long to a maximum height of 70-m foundation structure from roller-compacted concrete (RCC) with a total volume of 1.8 million m3, to support the hydroelectric power plant and the spillways.

Once completed, Site C will be the third hydroelectric dam and power plant on the Peace River and one of Canada’s largest dams.

Once in operation, the project will provide about 5,100 GWh of energy each year to the province’s integrated electricity system. It will ensure the supply of clean and renewable energy for more than 100 years, to an average of 450,000 homes per year in BC.