More
Home Baseload A Solution for Legionella Outbreaks in Cooling Towers; Eliminate Them 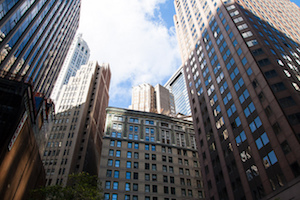 In the summer of 2015, the largest outbreak of Legionnaires’ disease in NYC history was traced to a cooling tower at a hotel in The Bronx. 128 people were infected and 12 of them died. 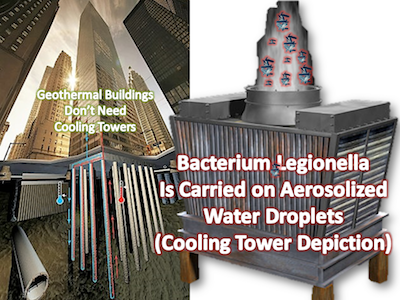 In March of 2016 in Sydney, Australia, 12 cooling towers tested positive for legionella levels above the regulatory threshold. On this particular outbreak, authorities are still trying to isolate which infected cooling tower is the culprit. This case is quite a circus; the maps look a lot like a group of people with a cold, sneezing and coughing on one-another and getting each-other sick. Only, a building can’t go home sick for the day.

A cooling tower usually is part of a recirculated water system that has been incorporated into a building’s cooling system, industrial processes, refrigeration or energy generators. They use the principle of evaporative cooling to increase the cooling effectiveness of a building’s systems. 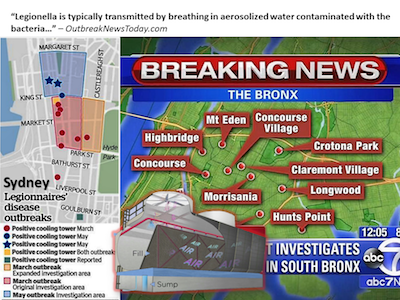 Aside from the loss of life and related medical expenses, how much is it collectively costing us to keep chasing this epidemic of cooling towers infections? If you Google Legionella Outbreaks in Cooling Towers and click on the “News” tab, you’re going to find thousands of hits; most of them recent.

Exactly when is the “right time” for government to say “enough,” and at least list cooling towers as a product that is a risk to public safety? Lead-based paint and water pipes have been outlawed, as has the use of asbestos for insulation. We now have safe alternatives for these products, just as we have alternatives for cooling towers.

Tweet this: How much is it costing us to keep chasing the epidemic of cooling towers infections?

According to Victoria, Australia’s government health website, alternative No. 2 is to see if it is possible to eliminate the risk altogether — that is, have the cooling tower be removed altogether.

Legionnaires’ disease, a severe form of pneumonia, is caused by the bacterium Legionella found naturally in freshwater environments. It can become a health concern when it breeds and spreads in human-made water systems. Each year in the U.S., an estimated 10,000 to 18,000 people are infected. 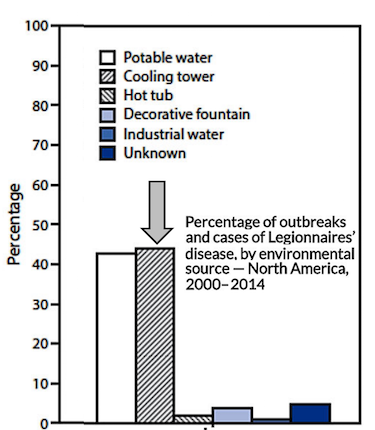 According to Legionalla.org, the major source of legionnaires disease is “…water distribution systems of large buildings, including hotels and hospitals. Cooling towers have long been thought to be a major source for Legionella…” To be fair, they go on to state that this is an overemphasized mode of transmission. How much is it overemphasized? That’s hard to say.

A Google search of Legionella Outbreaks seems to point to cooling towers. A search on Nov. 10 showed 14 out of 15 news stories on the first page were linked to cooling towers. In particular, Outbreak News Today stated in a Nov. 7 story about an outbreak that, “Legionella is typically transmitted by breathing in aerosolized water contaminated with the bacteria, not by drinking the water. Public water systems are usually not found to be the source of Legionella outbreaks.”

It always costs money to remediate a risk to public safety, whether the remediation involves replacement of pipes containing lead, or adding expensive water treatment systems. The real question is whether the risk outweighs the cost to remediate. Replacing cooling towers with geothermal exchangers also costs money, however, governments and private entities all over the world are upgrading willingly. They are making the switch to geothermal because it makes good business sense. Beyond an often impressive return on investment (ROI), geothermal offers a remarkable list of benefits — it: 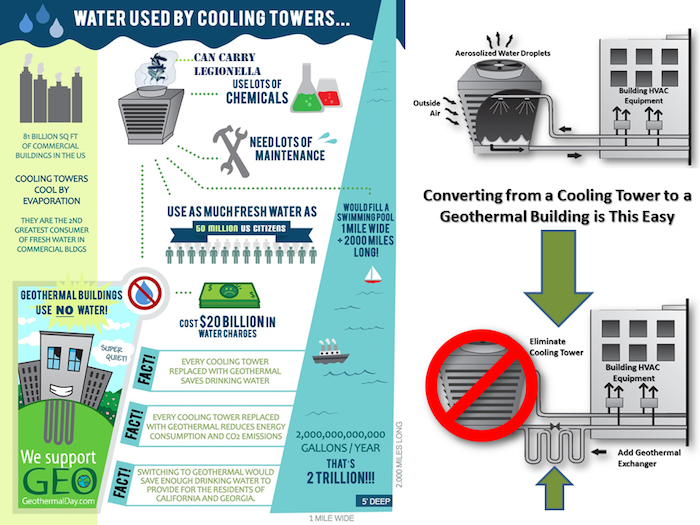 Many buildings are supplied by geothermal chillers and heat pumps. Here are few landmarks:

Geothermal exchanger-sourced buildings fit the worldwide model of sustainability perfectly. A geothermal building uses less energy than any other HVAC system, whether equipped with central chiller plants or distributed heat pumps. They use renewable energy, pumped to and from the earth, eliminate on-site combustion heating, and eliminate fresh water consumption related to cooling tower operation. With no cooling towers, the normal monthly chemical maintenance and cleanings are eliminated.

Curious about what will work for your application? Check with the International Ground Source heat Pump Association (IGSHPA) or the Geothermal Exchange Organization (GEO).

Jay is presenting in a technical session at AHR 2017 in Las Vegas on the subject of cooling tower elimination through geothermal exchange. 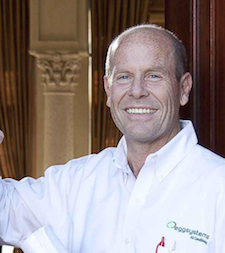 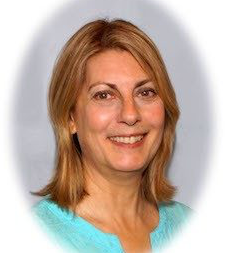 Jay Egg (left) is a geothermal consultant, writer, and the owner of EggGeothermal. He has co-authored two textbooks on geothermal HVAC systems published by McGraw-Hill Professional. He can be reached at jayegg.geo@gmail.com.

Billii Roberti is an environmentalist, energy efficiency and renewable energy consultant, writer and co-owner of Green Choices Consulting. She can be reached at billii@greenchoicesconsulting.com.