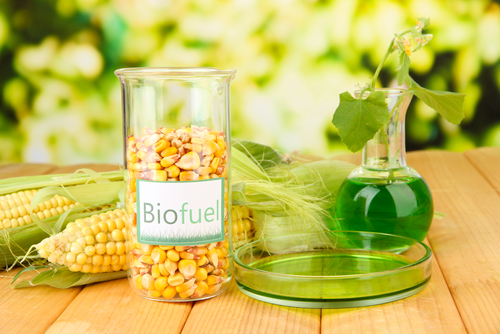 In Germany and Portugal, a new drop-in biofuels process has emerged which is cost-competitive with $30 oil, according to the inventors. The process breaks even with crude oil, on a 10-year amortized basis for capex, at roughly $20.30 per barrel of crude oil (assuming refining costs of $8.66 per barrel).

The drop-in gasoline blendstock, for a 100,000 ton per year plant (roughly 36.7 million gallons), is expected to cost $0.69 per gallon based on the latest estimates for corn stover — less, in the case of sugar cane bagasse.

Payback on a $120 million capital expense, based on the April 2016 RBOB gasoline price of $1.14 per gallon, would be under six years.

This technology was developed in the laboratories at University Nova in Lisbon, Portugal, European Union, and funded by the Engineering Company Inventus. Many of the technologiy’s aspects are described here, in US Patent application 13/616 421.

According to the technology’s inventor, Pedro Brito Correia, the process converts lignin, cellulose and hemicellulose to a biogasoline composed of furanic and benzenic compounds (note, it does not contain benzene, but only non-toxic benzenic compounds), from the non-food agricultural wastes, including corn stover or sugar cane bagasse.

One key for this technology is its use of the complete waste residue, rather than leaving the lignin for combustion. So, the feedstock costs will be less than other biofuels technologies. Let’s look at that.

For contrast, crude oil remains at a low point in its price cycle, currently costing $34 per barrel or roughly $226 per US ton.

By contrast, corn stover has been priced at roughly $55 per ton by commercial project developers and as high as $115 per ton for a fully finished, homogenized biomass, by the U.S. Department of Energy in its latest cost forecast. In an analysis of corn stover as a feed source, Iowa State came up with a figure of $72 per ton for stover with 20 percent moisture content — equating to $90 per bone dry ton.

Sugar cane biomass is generally harder to price, as it is generally combusted at mills as a power and heat source. There are roughly 4,000 KWh in a dry ton of bagasse — at $0.08 per KWh (average cost in Brazil), that’s around $350 per bone dry ton to substitute utility power for bagasse power. But some experts suggest that up to 30 percent of bagasse would be available if the boilers were more efficient, plus all the cane trash — for the collection cost of the harvesting. Which was reported here (for Sudanese cane) at $0.81 per ton based on mechanical harvest.

The estimated yield is 256 gallons biofuel per ton dried biomass.

The process is reporting higher yields per ton of biomass — principally because of the use of lignin. According to Correia, “the chemical yield to produce biogasoline is higher than the yield for producing ethanol by fermentation of sugar, starch or cellulose.”

In all, Correia expects theoretical yields of up to 2.2 times the conventional yields for cellulosic ethanol, taking into account the conservation of carbon and the use of lignin. So, think of a practical range around 200 gallons per ton of waste residue, compared to 80 gallons per ton of ethanol.

This translates to a cost of $0.34 per US gallon, excluding the cost of biomass. At $90 per ton, that would add $0.35 per gallon, for a total amortized cost per gallon of $0.69, excluding subsidies.

What the Patent App Says

Here are some reference points:

You’ll need those as back-up for the patent app for the technology we’re profiling today, where the inventors write:

In our patent US. Pat. No. 8,247,581 and patent application US. patent Ser. No. 13/371,410, we described a process where cellulose hydrolyses to glucose in a solvent consisting of N-Alkyl imidaZolium chloride (NAIC) mixed with a small quantity of hydrochloric acid and an alcohol. In this reaction medium glucose opens the pyran ring, the carbonyl function moves from position 1 to position 2, the ring is closed to a furan ring or partially remains open. The carbonyl group is stabiliszd as an acetal.

[0013] Although the use of an acetal to protect a carbonyl function is well known for those skilled in the art, the application of the acetal to this particular reaction conditions is not at all evident, as we are using an ionic liquid, the pH is under 3, and the conclusion that the carbonyl groups of glucose are stabilised by the acetal is also not evident.

[0014] In a second step we eliminate the water and the alcohol from the reaction mixture and add a small quantity of hydrochloric acid to catalyse the dehydration.

[0015] In a third step we add an alcohol again and heat to 60-900 C. in order to produce the acetal of HMF, the esther of levullinic acid and the alkoxy benZenes drived from the polyphenols existing in lignin.

[0016] In a fourth step we extracted from the NMIC mixture the acetal of HMF, the esther of levullinic acid and the alkoxy phenols with a cetone. The cetone extract was washed with water in order to further eliminate chloride ions.

[0017] After evaporation under vacuum of the solvent, we made GC-MS to identify the product.

[0018] We now found that using sugar cane directly instead of cellulose, as we made previously, there were 2 important improvements :

[0019] The cellulose contained in sugar cane had a crystallinity more favourable to hydrolysis than the cellulose which we used in previous trials, which was supplied from the cellulose and paper industry.

[0021] These findings are very important, because in this way we converted about 45 percent of the sugar cane in biofuel.

[0022] Considering that 55 percent of sugar cane was water, this conversion is excellent.

Another Application for Ionic Liquids

We’ve been reporting on these for pretreatment for cellulosic ethanol. This is potentially an advance.

The project aims to begin scale-up work at the Advanced Biofuels Process Demonstration Unit at the Berkeley Lab.

It’s still in the lab, but who could resist a story line of a process that produces a drop-in gasoline blendstock from agricultural wastes that competes on cost with $27 oil.

And we’ll look forward to comments from the Digesterati on the promise of, the pitfalls facing, and the challenges associated with this technological thrust.