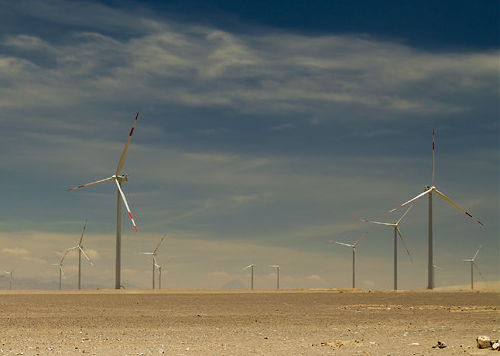 Global Trends in Renewable Energy Investment 2016’s list of top 10 developing countries with renewable energy sector investment in 2015 included Latin American countries Brazil ($7.1 billion), Mexico ($4 billion), and Chile ($3.4 billion). IHS Markit sees continued growth in renewable energy investment in Latin America with new solar installations scheduled to reach 2.7 GW of installed PV module capacity this year alone. This trend is expected to continue with Chile and Mexico having held successful auctions that garnered high participation and some of the lowest prices per megawatt hour (MWh) globally. Although these data points are cause for optimism in the region, a relatively young government in Argentina trying to restore a badly damaged international reputation and economic and political woes in Brazil caution against over exuberance.

Two Success Stories in Latin America in 2016: Mexico and Chile

Following sweeping reforms to its energy sector regulations, Mexico’s first renewable energy auction in March rendered 10 packages of 15-year power purchase agreements (PPA) and 20-year contracts for clean energy certificates. The average, overall price awarded in this auction was $41.80/MWh. A total of 69 firms presented 227 projects, but ultimately 10 firms were awarded 16 projects. This high level of interest and competitive pricing was largely due to investors perceiving Mexico as a country that has a vast potential for the development of renewable energy projects, a stable and transparent regulatory framework, and a well-developed project finance sector (which in the case of this auction was attributable to the PPAs having longer terms and being denominated in U.S. dollars rather than Mexican pesos). The awarded projects are expected to generate billions of dollars in investment throughout Mexico, which is holding its second power auction, the winners of which are expected to be announced on Sept. 30.

Equally successful was the Chilean auction, which attracted 84 participants and resulted in the lowest price for solar PV projects globally — $29.10/MWh. The average awarded price was $47.59/MWh. This auction reduced the average energy price per MWh in 2013 by 63 percent and in 2014 by 40 percent. Like Mexico’s auction, this auction’s low pricing and high level of participation was principally due to awarded PPAs having 20-year terms and being denominated in U.S. dollars. Auction participants were also encouraged by Chile’s new transmission law, which permits grid expansion for specific regions and improves connection among Chile’s three grids.

Similar to Mexico, if the awarded energy supply results in projects actually being built, Chile could reap the hefty rewards brought by lower energy prices and increased investment throughout the country. The Chilean government estimates that these projects will help lower electricity costs for families and small businesses by 20 percent within five years and bring approximately US$3 billion in investment. However, many remain concerned that these projects might not be completed given Chile’s aging transmission infrastructure and transmission congestion, as well as exposure to spot price fluctuations in some project locations in Chile.

While Brazil has been the Latin American leader in investment in the renewable energy sector, it appears to be regressing. In the past few weeks, six developers that were awarded PPAs in Brazil’s first energy auction in 2014 have undertaken efforts to terminate their agreements. These developers contend that their projects are no longer viable due to the lack of affordable financing that is attributable to factors such as Brazil’s economic and political instability, including the devaluation of the real vis-à-vis the U.S. dollar and the absence of a local supply chain. Further complicating Brazil’s outlook is its cancellation of a solar energy auction planned in July and the postponement of its October auction until December.

Newcomer Argentina is Trying to Follow Mexico and Chile’s Footsteps

Next month Argentina is scheduled to announce the winners of “RenovAr-1,” its first renewable energy auction. This auction attracted 123 offers totaling 6,366 MW. Like Mexico and Chile, this auction drew significant interest because its PPAs will have a longer term (20 years) and will be denominated in U.S. dollars. Additionally, developers and investors were reassured by the Argentine government’s creation of FODER (Fondo Fiduciario de Energías Renovables), a sector-specific fund which is backed by a World Bank guarantee, and that will provide security for payments under awarded PPAs, as well as project financing assistance. All of these factors seem to indicate that Argentina’s first energy auction should be as successful as those held by Mexico and Chile earlier this year.

Latin American countries such as Mexico and Chile have demonstrated that well-planned power auctions have the potential of spurring substantial growth in renewable energy investment in relatively short periods of time. Argentina appears to be heading in the same direction. Brazil, however, will need to undertake major changes to its auction program in order to attract the same level of interest Mexico, Chile, and Argentina have attracted from investors but in a sustainable manner. Optimism in the potential for continued growth in investment in the region’s renewable energy sector should be met with caution, not skepticism given the strides that have been made by countries such as Mexico and Chile. 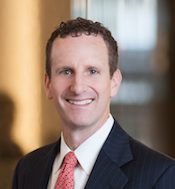 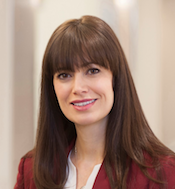 Kevin S. Levey (left) is a partner in the Squire Patton Boggs Energy & Natural Resources Practice. Kevin focuses on the development of solar, biomass, biofuels and other renewable energy power projects, as well as clean coal-fired power projects in the US and other countries. He has advised large multinational companies on the construction, financing, operation, acquisition and sale of major power generation, liquefied natural gas terminal and pipeline projects in Latin America, including Brazil, Chile and Mexico.

Loana Martín is an associate in the firm’s Energy & Natural Resources Practice, focusing her practice on corporate transactions in the energy and infrastructure sectors, developing natural gas pipelines, solar power plants and other major infrastructure projects in the US and Latin America. Both are resident in the firm’s Washington DC office.