There are approximately 17 million shipping containers in existence around the world. However, only 5-6 million of them are actively carrying freight on boats, trains, and trucks. In the past, “retired” shipping containers would rust away in the back corners of ports and collect trash in them in junk yards. Within the last 10 years, eco-minded designers have discovered the resourcefulness of shipping containers and have begun repurposing them into things the original builders would have never dreamt. Here’s a few of the most creative ways that shipping containers have been recycled into useful objects. 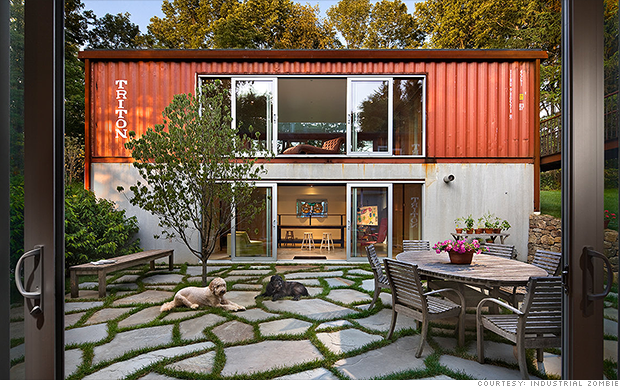 Around the turn of the century, urban architecture firms began developing spaces with old shipping containers. The shipping container was a cheap and reliable method for building, since they would otherwise be sent for scrap. The method in which containers are built makes them able to withstand even the toughest of elements, since its original intention was to be stacked on ships and sprayed with salt water as they traveled. The ability to cut and stack containers also made them attractive as building materials. Currently, you can find anything from a small cottage for 2 made from a shipping container, all the way up to luxury homes overlooking the ocean, constructed from 20 different retrofitted containers. 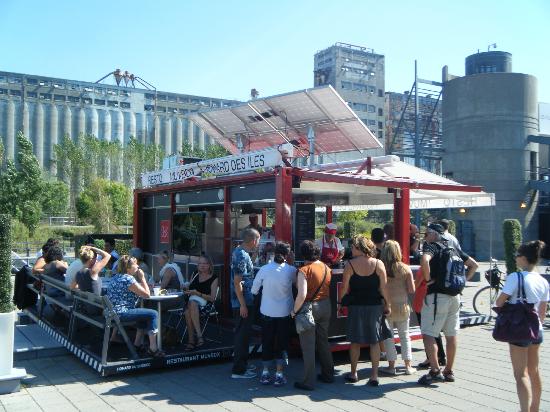 Thanks to the “buildability” of shipping containers, many businesses have found ways to utilize them as retail locations, restaurants, bars, and even full offices. A Starbucks in Washington state made from 3 shipping containers even includes a drive-thru in its design. The small size of shipping containers has been attractive to pop-up restaurants, like MUVBOX, who have designed containers that convert into a solar-powered, eco-friendly restaurant in less than 2 minutes. You may find one at the base of the Eiffel Tower or in the middle of the “center of the world”, Times Square in New York City.

Protecting Your Stuff from the Elements

A much more practical, economical use for a shipping container is utilizing one as it was originally intended, but for your own property. Converting a shipping container into a storage shed or garage is actually quite simple, since the construction of the container was already made to withstand elements and protect its cargo. By customizing your shipping container storage unit with doors, windows, or A/C, you’ll create an environment that is safe for your stuff, as well as enjoyable to spend time in while working on projects.

In a rather bizarre turn for shipping containers, designers are finding ways to create them into fun playgrounds for both children and adults. Phooey Architects designed Skinners Adventure Playground, located in Melbourne, Australia, as a multi-functional playground that consists of climbing elements, trampolines, and slides, as well as lounges and balconies for the adults to keep a watchful eye. Another amazing conversion of a shipping container to playground took place in Las Vegas, where a new dining, retail, and entertainment center, aptly called Container Park, built a 33 foot tall slide that snakes it’s way in and out of shipping containers stacked up.

Data in a Box

One of the most innovative uses of shipping containers has come from the tech industry, which is no major surprise. What is surprising is how they were able to solve a problem of constantly having to build huge data centers that consumed tons of resources. Major tech players such as Google, IBM, Sun Microsystems, and Dell began producing shipping container server storage, or more commonly referred to as modular data centers. These data centers can be assembled at one location, loaded onto a truck or train, then simply dropped off and plugged in for them to begin handling serve load from the location they are at. Modular data centers also have cooling systems built in, since servers produce great amounts of heat, which cuts away at the expenses of the already existing data center locations.

In such a short period of time since the first container house sprung up, designers and innovators have been pushing the limits of what can be achieved with a shipping container as a building medium. Considering that massive tech companies are already buying in to the shipping container’s useful ness, what do you think the next big thing in shipping containers will be? Leave your thoughts in the comments below!