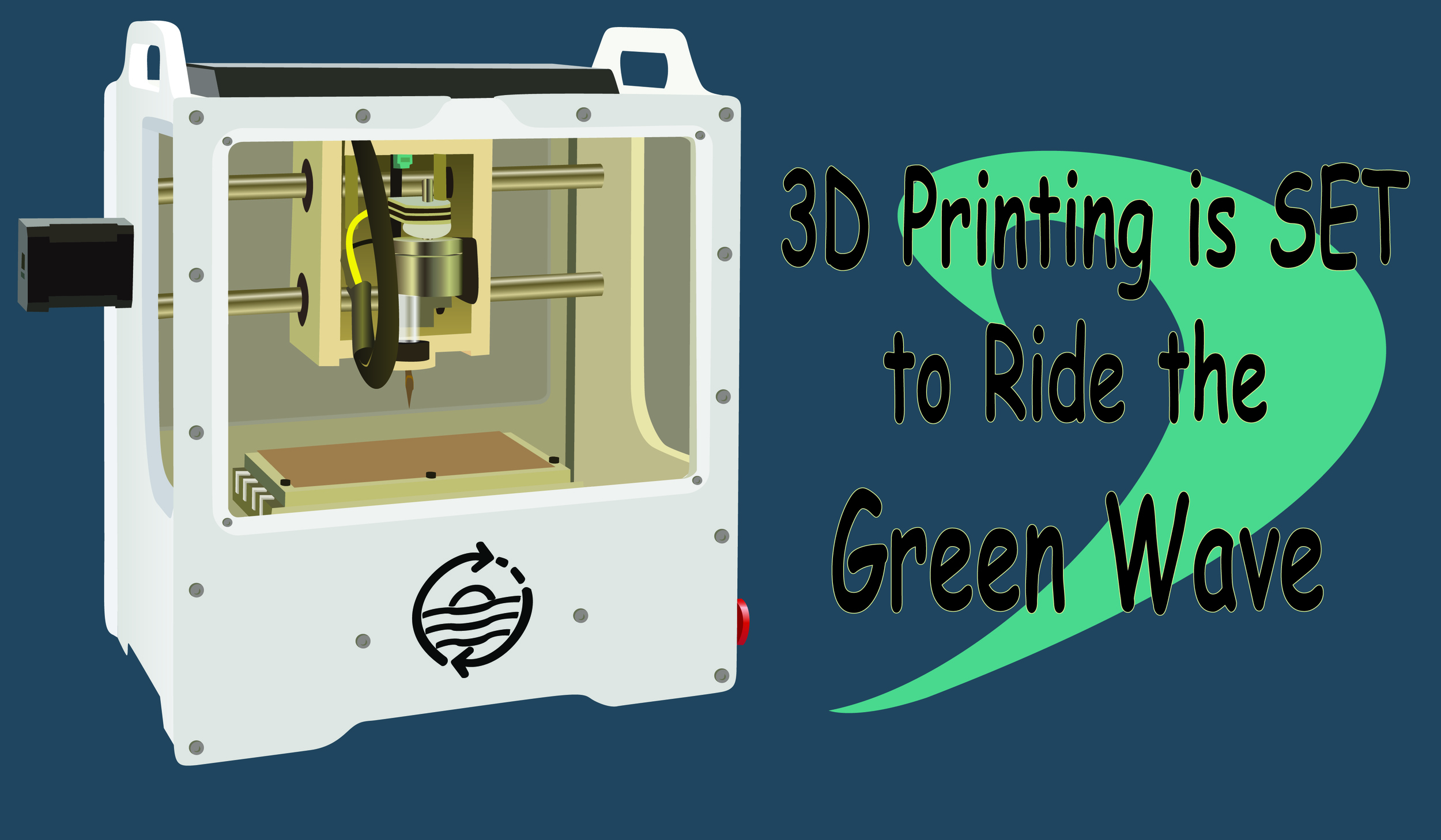 If the manufacturing industry was put on trial for the crime of altering the chemistry of our planet, it would inevitably be guilty as charged.

The traditional way to build something is to remove pieces from a larger object until you get the shape you want. You can also inject material into a mold. Both processes require massive resources and produce excess waste.

But 3D printing holds the potential to green up the manufacturing industry through a reduction in waste, transportation and energy use. UC Berkley’s Jer Faludi performed a study with his colleagues in the mechanical engineering department to explore that.

No study is perfect, as portrayed by John Oliver in his brilliant skit on scientific studies, and this one is no exception, but the results are worth a look…

Why Is 3D Printing Greener?

Faludi states, “Sometimes 3D printers are more eco-friendly than these machining processes they’re replacing – sometimes not… how you use the tool is the most important factor in its environmental impact.”

Mass amounts of plastic accumulate in landfills and oceans because plastic never goes away. Every piece of plastic that has been created still exists today. But 3D printers can use an alternative thermoplastic called polylactic acid (PLA) that does biodegrade. Because of its advantages, PLA is becoming the standard 3D printing material.

This may finally be the key to shifting away from detrimental plastics found everywhere.

Managing extensive electricity use, as opposed to transportation or waste, makes up the majority of environmental impact concern for 3D printing.

Process of the Future

Once costs come down and 3D printers become a household object as common as traditional printers, everything will change. Imagine wanting a new dress or suit for the night, purchasing the 3D model from Ralph Lauren like buying an app, downloading the design, then printing it out at home using environmentally friendly materials.

Hod Lipson, a pioneer of 3D printing and particularly food printing, believes we’ll soon be able to download our dinner. Then it will be commonplace to ask, “What are we printing for dinner?” Chef Paco Pérez has already begun creating dishes with a 3D food printer at his two Michelin star restaurant.

The possibilities are literally endless. Though, you might want to get a second opinion on the blueprints for your 3D printed home. For safety reasons.

Faludi shares that, “… even more important than what machine you choose is to have the fewest tools run the most jobs (by sharing tools, for example).”

For now, how we use 3D printers turns out to be the crucial element to consider for lowering emissions. With people like Markus Kayser innovating 3D printers that run on 100% renewables, we’re choosing to remain optimistic about where this is heading.

For a better idea of how 3D printing actually works, watch this video.

Originally sent as part of the Cleantech Rising newsletter. Subscribe to the newsletter here:www.cleantechrising.com.