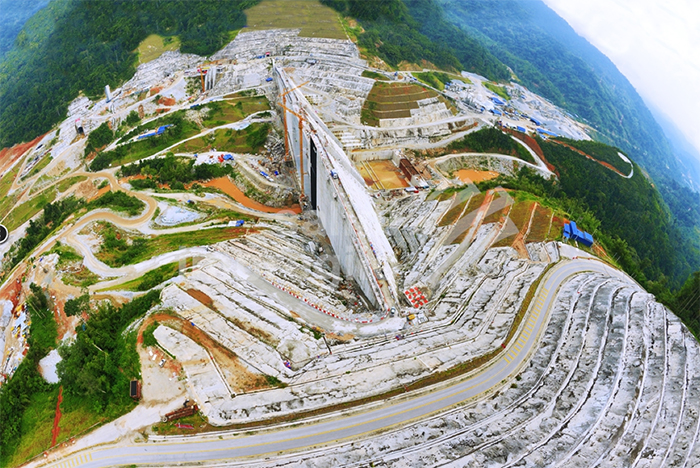 The 382-MW Ulu Jelai hydropower project, which began construction in 2011, is 95% complete and expected to be fully-commissioned in the third quarter of this year, in the district of Cameron Highlands, Pahang, Malaysia, according to state-owned power utility Tenaga Nasional Bhd (TNB), Malaysia’s largest utility company and the project’s owner.

The project, which cost about US$1.05 billion, is located 200 km north of Kuala Lumpur.

According to developer Salini Impregilo, the scheme includes the roller-compacted-concrete, 80-m high Susu Dam that impounds the Bertram River creating the Susu Reservoir, which has an area of 0.1 km2.

The Ulu Jelai has an underground plant that houses two 191-MW Francis turbines, according to Salini Impregilo, and 26 km of hydraulic tunnels, of which 15 km was excavated using tunnel boring machines and the remaining with the traditional method.

According to locally published reports, the project is in line with Malaysia’s goal to raise the share of electricity generated from renewable sources to 11% of total power output by 2020 from about 6% at the end of 2015. The increase would require an additional of 2 GW of energy from renewable sources, including solar panels and hydroelectric dams.

In terms of energy-mix, TNB currently generates about 2,161 MW from hydroelectric power plants.