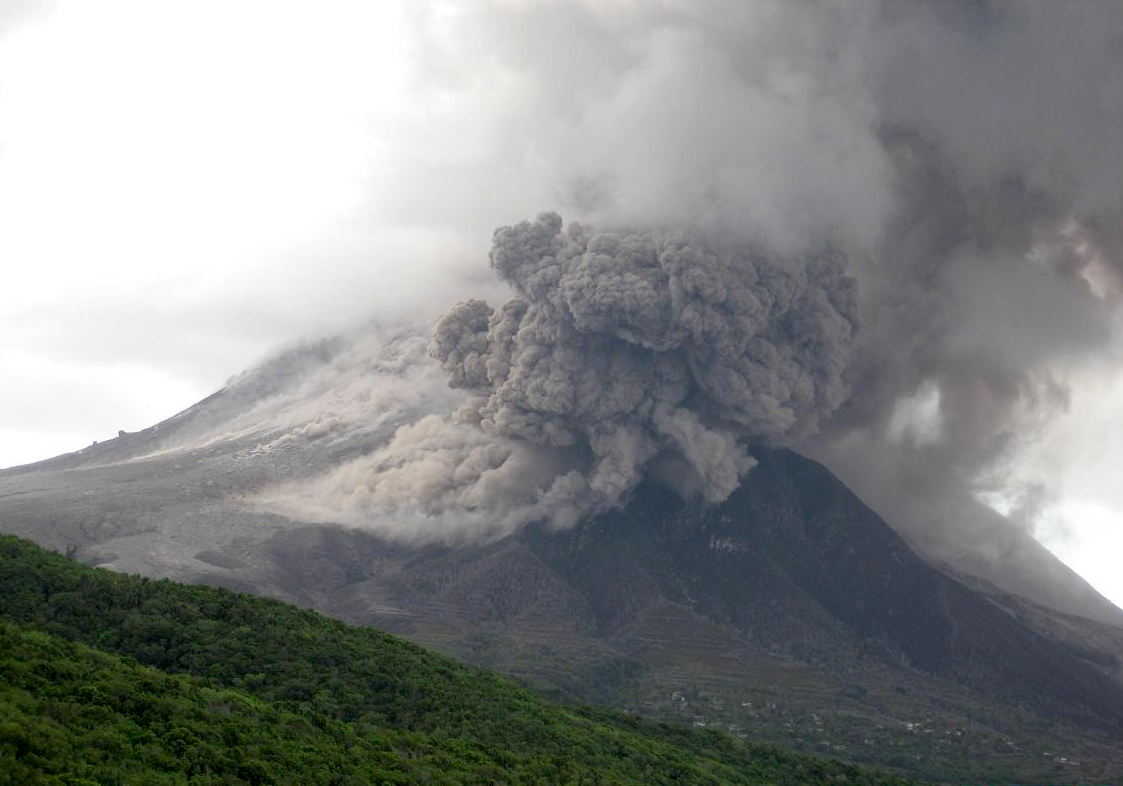 The outlook for the geothermal industry in 2016 is “positive,” Geothermal Resources Council President Paul Brophy said at the start of the year.

“While there has been some apprehension about the future of the industry as an industry, where it’s going and what the development rate is like is slowly becoming clearer,” he said.

The current expectation of global geothermal energy through the end of the decade is that annual capacity installations will bring the existing approximately 12.6 GW to nearly 21.5 GW, with smaller increases in 2016-2017 giving way to larger annual increases from 2018-2020, according to data presented in April by Ruggero Bertani, geothermal business development manager for Enel, during the 2015 World Geothermal Congress.

With the outlook for all renewable energies on the upswing following signing of the Paris Agreement in December 2015, geothermal will receive focused global support from the Global Geothermal Alliance, which pledged during the 21st Conference of Parties (COP21) to support efforts designed to help the industry realize a five-fold increase in global installed geothermal capacity by 2030. Given that ultimate goal, the industry would be expected to install an additional 40 GW beyond the current 2020 target.

The U.S., Indonesia and Mexico have the potential to continue their positions as leaders in the industry, while current activities in the Caribbean, Chile and Kenya show that these up-and-coming regions also could do their part to drive new developments in the years to come.

The Global Geothermal Alliance in December, with the release during COP21 of a Joint Communication, acknowledged that despite solid geothermal energy potential in 90 countries, a range of obstacles has limited development to only 24 of those countries to date. Among the obstacles are policy uncertainty, licensing delays, high upfront costs of drilling, and risks associated with exploration. The alliance, which comprises 28 countries and 19 organizations, said in the Joint Communication that it plans to help improve exploration activities, drilling, investment and operations by creating advisory services that enable regulatory and institutional frameworks, as well as private investments. In addition, the group plans to promote investments through innovative financing and de-risking mechanisms.

While financing for exploration and development is on the rise, the Climate Policy Initiative last September reported that public finance for geothermal must increase from $7.4 billion to as much as $73 billion to drive private investments that would meet a 23 GW target by 2030 – or one-third the Global Geothermal Alliance’s target.

Geothermal funding that was announced late last year will motivate development in Indonesia, Kenya and the Caribbean throughout 2016.

The Asian Development Bank last October created a $500 million loan program to support efforts by the government of Indonesia to scale up renewable energy through price incentives for geothermal, biomass and small hydropower. In addition, the Eastern Caribbean will benefit from a new $71.5 million loan and grant package created last October by the Inter-American Development Bank and the Caribbean Development Bank (CDB). A representative of CDB said in a statement that a substantial focus of the funding will be to provide seed resources to CDB’s GeoSMART Facility for geothermal energy development in the region. In early December 2015, an alliance of 54 countries, called the African Union, pledged $20 billion to develop 10 GW of renewable energy. The group said it will focus support on development of geothermal projects in East Africa’s Rift Valley and wind projects in North Africa.

Indonesia — With 1,340 MW of installed geothermal capacity, Indonesia has the third highest installed capacity among the nations of the world. Indonesia has significant ongoing exploration and development activity that Bertani said could put the country at 3,500 MW by 2020 and 6,000 MW by 2025.

Development in Indonesia, however, is not moving forward as quickly as the government would like, because most of the work over the past few years has been focused on bringing in developers from overseas, according to Brophy, who is also president of consulting firm EGS Inc. and a board member for the International Geothermal Association.

“They have some very high class, large geothermal systems that they are working on,” he said.

The most notable of those projects is the 330 MW Sarulla geothermal facility in Tapanuli Utara, North Sumatra. According to Reno, Nev.-based Ormat Technology, which designed the plant and supplied converters to power the plant, the project is expected to begin operations this year, with completion scheduled for 2018.

The World Bank and the Clean Technology Fund also are providing $300 million in financing through 2018 for the development of a 150 MW geothermal project for Sumatra and Sulawesi. In September, Aboitiz Power said that its subsidiary AboitizPower International entered into an agreement with PT Medco Power Indonesia to participate in the exploration and development of a potential greenfield geothermal plant in East Java Province. And in December 2015, the Indonesian government began accepting bids for the development of geothermal projects in Way Ratai, Lampung; Marana, Central Sulawesi; and Gunung Talang Bukit Kili, West Sumatra. The Way Ratai site could have an installed capacity of 55 MW, and the Marana and Gunung Talang sites could have installed capacities of 20 MW each, according to the bidding documents.

U.S. — Standing as the leader in installed capacity at 3,450 MW, the U.S. geothermal market has been sluggish over the past few years. Brophy noted, however, that there are some important potential motivators for U.S. geothermal development, including the extension of tax credits approved in December as part of the omnibus spending bill, and the U.S. Environmental Protection Agency’s Clean Power Plan.

Despite the U.S. market’s slow pace of late, Bertani estimated that the U.S. could reach an installed capacity of 5,600 MW by 2020.

Brophy said that while the geothermal industry did not get everything it wanted from Congress in the tax extender legislation, the extension that was given for geothermal through 2016 will help spur investment in the industry. The final agreement reached by Congress extends the production tax credit for geothermal, biomass and hydropower, but does not provide a phase-out plan beyond 2016 like the ones given to solar and wind power.

One new area that holds promise for driving development in the U.S. is the Salton Sea in southern California’s Imperial Valley. The National Renewable Energy Laboratory last November estimated in a report on the Salton Sea that geothermal development in the area could reach 1.8 GW of generating capacity by 2030. In addition, the Salmon-Challis National Forest (SCNS) in Idaho could open up to development in the coming years. Last September, the U.S. Forest Service (USFS) said it is preparing an environmental impact statement to examine the effects of geothermal development in a 5,600-acre block of SCNS. According to the USFS, the Bureau of Land Management has received applications for leasing those lands for exploration and development.

“A lot of people are looking at Mexico,” Brophy said. “The removal of the constraints for private investment in development in Mexico will encourage the industry.”

According to Bertani, installed geothermal capacity in Mexico could reach 1,400 MW by 2020.

In early December, French utility ENGIE said that its subsidiary Storengy plans to study the development of geothermal projects in Mexico this year. ENGIE said it plans to capitalize on the country’s target of reaching 4.5 MW of installed geothermal capacity by 2030.

The Caribbean, Chile and Kenya each present positive prospects for growth in the global geothermal community in the near term.

Given its location atop a series of volcanic systems, the Eastern Caribbean is “one of the most obvious places for geothermal development,” Brophy said.

It has been difficult at times to move development along in the Caribbean, he said, adding that the remoteness of the area, along with a diverse political environment and small load centers are all obstacles for the industry. 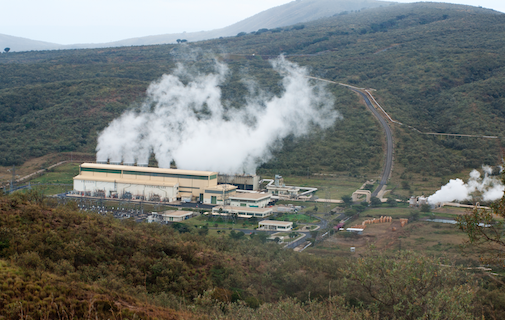 The island region currently has no installed geothermal capacity, but exploration and development activity on several islands has been aggressive. In 2013, two wells were successfully drilled in Montserrat, and the construction of a 5-MW power plant is planned for completion this year, according to Bertani. In addition, Austin, Texas-based Thermal Energy Partners (TEP) last November signed a power purchase agreement worth $800 million for the first of four planned geothermal projects in the Caribbean. The first phase, which could begin operations next year, will supply 9 MW of power to Nevis, TEP said. Also in November, Guadeloupe-based engineering company Teranov said it started geothermal exploration in Saint Kitts.

Chile has the potential to be the first South American country to bring a commercial geothermal project online, according to Brophy. Exploration has slowed down some in Chile after an active initial phase over the last few years, but there could be some development there in the hear future, he said.

The activities of 14 private companies in 76 geothermal concession areas have yielded eight exploitation concessions and the submission of impact studies in Apacheta and Tolhuaca for the development of new projects, according to Bertani.

At 390 MW of installed capacity, Kenya’s geothermal resources are being aggressively pursued along the Rift Valley. Bertani’s forecast puts the potential installed capacity for the country at 1,500 MW in the near future.

Kenya Electricity Generating Co., which supplies 80 percent of the electricity for the country, said in late December that it may partner with U.S., Chinese or Indian investors to finance and develop geothermal projects, including a $650 million facility that will generate as much as 180 MW.