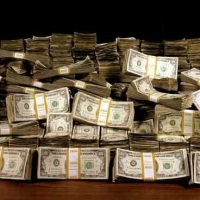 New Hampshire, United States [RenewableEnergyWorld.com] This year was dominated by bad financial news — very bad financial news. Renewables have certainly had their fair share of troubles associated with the financial crisis; yet somehow they’ve seemed to fare better than most industries. It’s still uncertain how a financial hangover will impact development in 2009, but most analysts agree that any global slowdown will be moderate, especially considering how drastic and far-reaching the credit crisis has been thus far.

In recognition of the tumultuous times for the global economy, we’ve compiled a short list of some of our favorite financial stories of 2008. There are many to choose from — and these certainly don’t cover the entire scope of the situation — but we think this group of stories provides a good snapshot of the changing moods and market conditions throughout the year.

Despite the somewhat gloomy outlook for the global economy in the first half of 2008, there was much optimism about the prospects for renewables. However, at the end of summer and beginning of fall, as fossil energy prices fell, the public markets dropped to new lows, and financing projects became more difficult, many people started speculating about how badly the clean energy industries would suffer.

As most of our writers have pointed out, the damage to renewables will likely not be as bad as originally thought. If anything, the case for aggressively re-building the world’s energy infrastructure has been strengthened by the financial crisis as job creation and sustainable economic growth have become top issues for governments and citizens around the globe. There are, of course, many challenges ahead. But if 2008 was any indication of the coming years for development of renewables, the industry has a lot to look forward to — even in the face of such difficult economic times.

When the year started off and renewables seemed to have unstoppable momentum, there was a lot of talk about the industry being in the midst of yet another bubble. Mark Braly wrote about the debate in January in his article, Time to Move on to the Next Bubble: Clean Energy. The piece outlined the arguments of angel investor and “bubble expert” Eric Janszen who believes that the clean energy bubble will eventually burst.

There are many people who don’t believe that the industry is in a bubble. At the CleanTech Forum in Washington, DC, I spoke with a variety of experts who believe that the industry is mostly growing in a healthy way. In a September edition of our Inside Renewable Energy podcast, I sat down with analysts attending the forum to talk about market bubbles, the growth in cleantech venture investments and the sudden wave of financial crises at that time.

If you don’t already listen to the podcast, this is a great opportunity to start — you can simply listen to the MP3 on your computer. Just pick the story you want to hear and click, “Listen to Podcast.” It’s a great way to get in-depth information on renewables from the world’s leading thinkers and professionals in the industry.

Over the summer, as oil and natural gas prices climbed to record levels, there seemed to be a collective feeling that the moment had finally come: Renewables were about to become directly competitive with fossil energies. The signs were all there and two reports published on REW.com detailed a few of the positive developments that were stacking up in favor of clean energy. The first report, Global Trends in Sustainable Energy Investment 2008, was released by the analysis firm New Energy Finance in partnership with the United Nations Environment Programme. The piece outlined the positive growth in the public and private markets, even as other industries experienced setbacks due to the credit crisis.

The second report, Green Collar Jobs Take Off as Traditional Energy Jobs are Cut, looked at the changing dynamics in the global job landscape. The piece was put together by the World Watch Institute’s Michael Renner, who reported on record job growth in the German, Spanish and U.S. renewable energy markets. Renner also appeared on the Inside Renewable Energy podcast to discuss these trends.

With the end of summer came the end of a few large financial institutions and the end of any semblance of financial security for many businesses and individuals around the world. The steady flow of bad news about the financial markets and the global economy turned into a tidal wave in September and October. As a result, people were no longer concerned about whether the renewable energy market was growing too quickly, they were now concerned about whether it could grow quickly enough. Surely the financial crisis has brought — and will continue to bring — many negative repercussions. But in general our authors and analysts wrote with cautious optimism about how renewables will overcome the current situation.

In October, when it didn’t seem like the bad news about the financial markets would stop, columnist J. Peter Lynch tried to reassure readers with his article, Amid Panic in the Financial Marketst, Remember the Historical Perspective. The piece reminded us how to think about smart, sustainable investing even during seemingly-chaotic times.

In November and December, as many journalists and commentators were speculating about the end of the renewable energy boom, most experts within the field had a different perspective. I spoke with a variety of analysts and professionals about the status of the industry for the Inside Renewable Energy Podcast and published a series of programs looking at how the credit crisis is affecting development of renewables. A Shake-up in Project Finance covered the problems with tax equity financing in the U.S.; Gauging the Impact of the Credit Credit Crisis examined how the European and Chinese markets are fairing; and A Rough Patch for the U.S. PV Market looked at how the American solar industry is dealing with a reduced number of players in the tax equity financing market. The reports concluded that these myriad challenges are hindering short-term growth in certain areas, but the overall picture still looks good for the industry.

Finally, our last article from contributor Greg Boutin, Roadmap for a Changed Landscape: Consolidation and Integration in Solar PV, offered an optimistic view on how the solar industry can use the financial mess as an opportunity to consolidate and grow at a much faster rate.

Consolidation is a trend that will surely become more pronounced in the coming years. As it gathers momentum, the questions then become: how much will the market turmoil speed up the consolidation process? And will that change the industry for better or worse? The answers are not certain. But then again, uncertainty seems to be the theme for 2008.