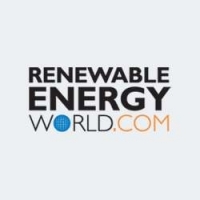 So, to wrap-up our final, year-end coverage, we thought we would take the time to highlight all of the changes that we, as an organization, have made in order to serve you, our readers, better.

One of the most monumental changes that we made was taking on the world. Well, the word “world” that is. In February 2008, we officially changed our name from RenewableEnergyAccess.com to RenewableEnergyWorld.com. With that change, came the addition of a host of in-depth, well-written, and fascinating content from our friends and sister publication, Renewable Energy World magazine, published in the UK.

Working alongside UK editors Jackie Jones and David Appleyard has given us the ability to provide you with much more international coverage and to stay on top of projects and policy abroad. Also with that change, we upped our international readership by 10 percent. Readers of RenewableEnergyWorld.com are now 60% North American and 40% International.

That extra content from the magazine is not the only place where our content grew. In 2008, we took on more contributors and published more REInsider columns than we ever have in the past. We now have more than 48 expert contributors supplying us with news and commentary from the renewable energy industry all over the world and in addition to that, we are publishing twice the number of REInsider columns each week.

In 2008, we also started publishing video content. In all, we published more than 125 videos over the course of the year, including our first-ever Internet Video Broadcast at Solar Power International, which featured 3 daily wrap-up videos (highlighting events that took place at the show) along with interviews, a newscast and a round-table. Our videos all include interviews with prominent renewable energy industry executives.

To feature those videos, we also created multimedia articles that included a print feature, photos and a video. See the following for some good examples:

Going Off Grid with Chris Anderson and Borrego Solar

We plan to have many more multimedia stories like that in 2009.

To help readers and site visitors see our video content, we added a Video Box to the home page. And once we stated fiddling with the home page, we decided to change its design to be more interactive. You can now scroll through the most recent feature stores, REInsiders, Videos, Podcasts, Columns, Magazine and In Focus articles right from the home page by clicking on the little arrow that points to the left in any box.

We improved our jobs section and recently added Katharine Hart as our full-time online jobs sales manager, dedicated to growing and improving the jobs section of our site. We anticipate great growth in renewable energy jobs in 2009 and beyond.

For those working in the financial sector or just dabbling in renewable energy stocks, we also implemented a finance section for our site complete with its own REW index. That section, like the jobs section, is accessible from the home page.

We also listened to you. Readers often requested the ability to track comments and we incorporated that functionality into the site in 2008. If you haven’t found the “track comments” feature, look for it in the article tools section under the main story photo. Click on it to see what happens but make sure you are signed in first.

Speaking of comments, we thought many of you might like to see which articles stirred up the most conversation. Check out the list of the top 5 below with the number of comments each one generated.

The Elephant Under the Rug: Denial and Failed Energy Projects (116 comments)

Will US Solar Businesses Weather the Coming Storm? (84 comments)

Readers also asked for ways to track our site by technology and we delivered that functionality in 2008 as well. We revamped our news home page and gave readers the ability to sort news by technology, customize its color and view 7, 14, or 21 stories in each technology (solar, wind, geothermal ocean energy, etc.). We also created a place to view most popular stories based on comments. Here we list a story title plus the number of comments it has currently generated.

As an organization, we added three employees in 2008, which we feel is pretty significant at a time when most organizations are making cuts. In addition to Katharine Hart, we also added Stephanie Beck as our new in-house digital and print designer and Bjorn DelaCruz in the marketing department.

Our readership grew as well. RenewableEnergyWorld.com now boasts 113,700 registered users of the site, with almost 95,000 of them receiving our weekly newsletters, making us truly the Worlds # 1 Renewable Energy Website.

To keep that honor, we have big plans for growth and expansion in 2009. But rather than tip our cards, we’ll keep those a secret for now and hope that you will keep coming back to us to stay on top of the all the renewable energy industry news and information that you need.

As always, we welcome your ideas and comments. If there is a way you’d like to see us improve, please let us know by leaving a comment below. How does the site function for you? What can we do to make it better, easier or more intuitive?

This will conclude our coverage for 2008. We look forward to bringing you more renewable energy news, information and commentary in 2009.