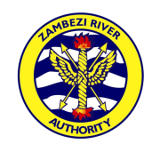 As the Zambezi River Authority (ZRA) of Zambia and Zimbabwe seeks to secure funding for the 2,400-MW Batoka Gorge hydroelectric facility, the region is experiencing rolling blackouts based on reduced inflow to existing hydroelectric generating facilities.

In early 2015, Munyaradzi Munodawafa, chief executive of ZRA, said once a feasibility study was received for the Batoka Gorge hydroelectric facility, the organization would look for developers.

But in in September, local news outlets reported Lake Kariba, the catchment that provides flow to the 1,830-MW Kariba hydroelectric facility, was 20% below normal volume. Located on the Zambezi River about 260 miles downstream of Victoria Falls in southern Africa, ZRA operates the project.

All Africa reports, Zimbabwe generates 1,112 MW of power a day against a demand of 2,000 MW, which has led to massive load shedding affecting industry, households, health and various other sectors of the economy.

Lake Kariba is the world’s highest capacity man-made reservoir at 180 cubic km and it is on the border between Zambia and Zimbabwe.

During the past weekend local reports indicate that on a daily basis, the Kariba facility normally supplies in excess of 800 MW — more than half of Zimbabwe’s daily peak demand. But during the last few months because of reduced flow to the powerhouse, daily output has fallen to about 400 MW.

Batoka Gorge project
If approved, per the ZRA website, the Batoka Gorge project will be located about 34 mi downstream from Victoria Falls. It will consist of a roller-compacted-concrete gravity arch dam 181 m high that impounds a reservoir with a catchment area of 508,000 square km. The site will feature two underground powerhouses, one on each river bank, each with a capacity of 800 MW.

According to the Zimbabwe Power Co., the project will increase the supply of power to Zambia and Zimbabwe, and reduce their dependence on coal-fired power stations.

While the African Development Bank, a major financier of the project, reviews terms of the project, Zimbabwe and Zambia must deal with power cuts until flow increases to Kariba or other energy producing alternatives are employed.

Zimbabwe and Zambia estimate $5 billion will be needed during the next five years to implement solar, thermal, wind and hydroelectric projects.