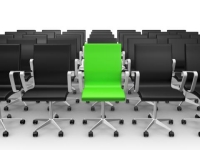 Earlier this month, when EPA proposed a new health-protective air quality standard for the pollutants that form “ozone,” some critics predictably pounced on it as another example of a long string of “job-killing EPA regulations.” Yet last week, we learned that the U.S. economy created about 320,000 new jobs in November, and average wages are starting to rise as the labor market tightens.

If you spot some dissonance here, you’re not alone. The claim that EPA regulations kill jobs is belied by the record.

In the six years of the Obama administration, the EPA has indeed issued a wide array of regulations: fuel economy standards for cars and trucks, limits on mercury emissions from power plants, lower sulfur gasoline requirements, interstate air pollution curbs, and in, draft form, carbon dioxide emissions limits on coal and gas plants and new standards on ozone. The regulations are pervasive, and reduce pollution substantially from our manufacturing, electricity, and transportation sectors, among others.

Now let’s do a comparison. President George W. Bush is well known for his “anti-regulatory” stances and, not surprisingly, the EPA issued far fewer regulations during his administration. In fact, President Bush’s EPA was routinely sued for failing to issue regulations, including taking a pass on addressing the emissions that cause global warming. And private job creation numbers? A net of about 300,000 private sector jobs created during his presidency, compared to 5 million net private sector jobs created during Obama’s tenure.

So the data just shows no link between job loss and EPA regulation.

Why is that? Partly it’s because our economy is so large and diverse that costs associated with pollution control are too small to affect overall economic well-being, even if, for example, they might cause an individual facility (such as an aging and inefficient coal plant) to retire. But it’s also because our economy excels, perhaps more than any other, in rapid technological innovation to meet new challenges. So, when governments issue new regulations, smart innovators find cost-effective ways to meet those regulations, and often create new job opportunities along the way. Here’s just one example from my home state: the company Thermo Fisher Scientific has put hundreds of Massachusetts residents to work manufacturing specialty instruments to detect pollutants such as mercury that are regulated by the new EPA standards. Many of our countries’ most important businesses know first-hand that good regulation can spawn innovation, and that is one of the reasons why they support EPA regulations, such as the plan to cut carbon emissions from our nation’s power plants.

So the next time you hear the warnings of economic collapse that arise after virtually every announcement of a new environmental regulation, you have a choice of what to believe. You can rely upon what vested interests and their supportive politicians say businesses will do, or base your conclusion on what businesses actually do. The thousands of businesses currently investing in a growing U.S. economy do not see EPA regulations as job killers. And neither do I.