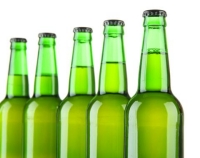 What do megajoules have to do with hectoliters? Everything, if you are considering the energy intensity of manufacturing beer. And after a recent tour of the New Belgium Brewing Company in Fort Collins, I’ve learned that when it comes to a commitment to renewable energy and energy efficiency in beer brewing, Colorado’s thriving craft brewing scene is a great example.

This is not brewery tour sustainability fluff. My background is in industrial efficiency, and what New Belgium and its Colorado craft brewing peers such as Odell and Left Hand are doing is genuinely impressive. They’re numbers 3, 34, and 38 on the Brewers Association list of top 50 U.S. craft brewing companies for 2013, but they might as well be number one when it comes to sustainability efforts.

Beer brewing is inherently energy intensive, which is why brewers like New Belgium committed to sustainability have made big investments in energy efficiency and heat recovery. New Belgium, for example, has a Steinecker brand ‘Merlin’ Brew Kettle that reduces natural gas consumption by cutting the boil time in half. Instead of heating the container to boil water, the Merlin has an internal boiler plate. Not only does the accelerated boiling reduce natural gas consumption and cut back on water lost to evaporation, it also ensures a more even temperature for a more consistent brewing process.

In addition, New Belgium increased the efficiency of its process by taking advantage of waste heat from the kettle. High-grade heat can be recovered from the Merlin, which in turn can be used to preheat the incoming product. This dovetails well with the brewery’s commitment to reduce its energy intensity to 10 percent below 2008 levels by 2018.

Odell also recaptures waste heat, and its storage coolers use outside air when the temperature drops below 42 degrees, reducing the need for electrical refrigeration. The story at Left Hand is similar. The brewery’s boiler has a flash steam recovery system that then uses that captured heat for brewing and cleaning. Measures like those allowed Left Hand to increase its production by nearly 33 percent in 2013 over 2012 while reducing its per barrel energy consumption by 13 percent.

In 1999, New Belgium became the first brewery to power all the electrical needs of its business with electricity generated from wind power — using wind credits purchased through its local utility. And in 2010 the brewery installed 200 kW of solar photovoltaics on its packaging hall; along with some on-site biogas, that was enough to meet 18 percent of the brewery’s power needs.

One year earlier, in 2009, Odell installed a 76.8-kW solar PV system on its roof, enough to meet 15 percent of its electricity needs. And Left Hand Brewing Company, of nearby Longmont, installed a 4.8-kW solar PV array, which is large enough to power its tasting room, offices, and retail coolers.

From Smart Meters to Demand Response

In 2010, New Belgium joined the FortZED Smart Meter program and installed smart grid technology at the brewery. Now New Belgium works with its local utility to reduce peak demand and energy costs. With this demand response capability, in the long term a lower peak allows for a lower amount of installed capacity at the utility. Other essential processes can actually often be cycled to reduce load without noticeably affecting operating parameters. And in addition to engineering solutions, New Belgium has instituted its own internal electricity tax as a per-kilowatt hour tax on any purchased electricity, which will be available for energy efficiency and renewable supply projects.

Colorado’s major craft breweries take their commitment to environmental stewardship far beyond brewing, looking deep into the value chain. In its packaging, New Belgium has completed a full life-cycle analysis on using glass bottles versus aluminum cans, reduced the weight of its bottle design and sources the bottles locally, uses recycled packaging materials, and even challenges its supplier to pack pallets more efficiently. New Belgium looks at the delivery trucks as well as the efficiency of the refrigeration units of the stores that carry its products.

Odell recycles everything possible with a goal to have zero materials sent to the landfill by the end of the year — it’s already 96 percent of the way there, despite just setting the goal in 2012.

All three breweries even reuse brewing byproducts, such as spent grain, trub (protein and hops left in kettle), and yeast slurry, by combining them and selling them locally as cattle feed.

And all three breweries also extend their efficient resource use beyond energy to water as well. It takes an average of 5–6+ gallons of water to brew a gallon of beer. Last year MillerCoors got down to what TIME magazine described as a record low of 3.84 gallons. Left Hand is similarly at 3.84, Odell is at 3.7, and New Belgium is en route to 3.5 by next year.

One taste of the award-winning beers at New Belgium proves that energy intensity is in no way coupled with quality. Colorado’s breweries can serve as examples not only to other breweries but also to other high-energy-intensity industries. So raise a glass and say cheers to craft beer!

Last year more than 25 million tourists visited the Caribbean’s islands, drawn in part to the region’s sandy beaches and breathtaking sunsets. Though many consider it a tropical paradise, the Caribbean’s 40 million residents know that such positives also come at great cost: dependence on expensive, imported fossil fuel for energy generation. It affects everything from the prices paid for electricity to transportation to food.

That’s why the Carbon War Room and Rocky Mountain Institute are teaming up on a project called Creating Climate Wealth — The Ten Island Renewable Challenge. We’re setting out to show the world what’s possible and set an example for moving toward a renewable energy future. More than a dozen Caribbean islands have boldly signed on to create a renewable, reliable, secure, and affordable energy supply for their citizens.

Although islands such as these face high energy costs, they’re also rich in abundant, local renewable energy sources. But the technologies and other solutions to use that clean energy haven’t been widely implemented. We’re working to bridge that gap, identifying barriers and detailing solutions that can attract private sector investment and enable aggregated demand for large-scale renewable energy systems. We’ll start by focusing on projects in five categories: schools, hospitals, tourism resorts, transportation, and utility-scale renewables.

That process began this week on Necker and Moskito islands, as announced yesterday by Sir Richard Branson. And Carbon War Room and RMI’s commitment to helping develop and execute actionable work plans ensures not only that projects will be completed, but that they can be replicated and scaled across many islands.

By bringing our decades of experience helping businesses and communities cost-effectively shift to efficiency and renewables, RMI is helping unlock the challenge islands face in moving beyond clean energy roadmaps to tangible, on-the-ground results. Magazines like Conde Nast Traveler and Islands are known for their “best of” lists. Now, we’re forging the path to a new “best of” list — best islands to live on, measured not just by their beaches and rum-spiked cocktails and scuba diving, but also by their clean-energy systems, which impact every aspect of island life.

This blog was originaly published on Rocky Mountain Institute and was republished with permission.