A new report from the IEA has several interesting charts on solar PV power. Each of the charts is worth a gander, but there’s one that stands out in particular to me, because it shows a much different picture than many of the others.

Basically, many of the charts show that China, Japan, and the US dominated new solar PV power installations in 2013, and that they also compare well (come in #2, #4, and #5) in cumulative solar PV power capacity through the end of 2013. However, if you look at solar PV electricity production relative to electricity demand in each country, you can see that European countries dominate. China and the US even come in below the global average. Japan comes in #13. 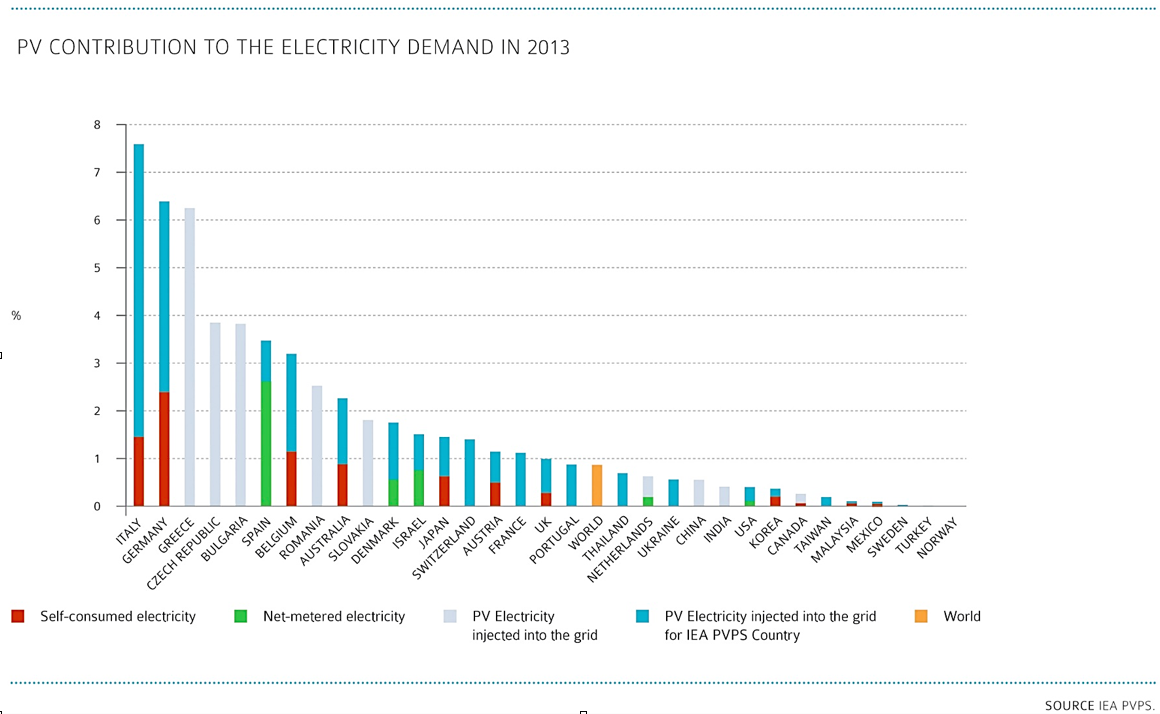 In other words, China, the US, and Japan may dominate the headlines for their large solar capacity additions, but they really have a long ways to go to catch up with Italy, Germany, Greece, the Czech Republic, Bulgaria, Spain, Belgium, Romania, Slovakia, and Denmark.

The good news is that they are growing fast, and they have these European leaders to look up to. Europe’s success should inspire these global economic giants to hasten their solar power growth, and it should also given them the assurance that much higher penetration of solar power generation works and can be achieved right now.

Of course, every country on earth needs to increase its use of solar power a great deal. Even solar power in world-leading Italy is just at about 7.5 percent of its total electricity demand. Kudos to the European leaders, but don’t lose momentum now.