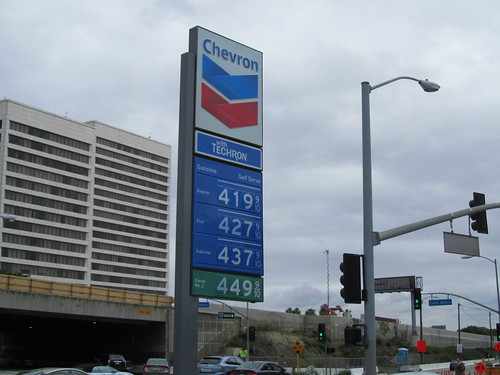 So much is obvious. But what may be less obvious is that the same relationship holds in the other direction, too. As we continue to improve the technology involved in green energy and as the cost of it drops due to economies of scale, we will develop and use more green energy – and the price of oil will drop due to declining demand.

Every use we make of green energy, whether it’s for heating a home, making electricity, or driving a battery-electric or fuel-cell car, is a use not made of other forms of energy, and right now, a lot of that “other energy” comes from oil.

But this raises an interesting problem, because just as changes in the price of oil make green energy more or less attractive, so any drop in oil prices increases people’s willingness to buy and use it, and reduces the appeal of green energy on the market.

The economic success of green energy, therefore, is likely to suffer from a kind of negative feedback loop. The more green energy is used, the lower the price of oil will drop, and this will make transition to green energy more difficult and slower.

But there is a “point of no return” beyond which the price of oil should plummet permanently, yet demand for oil still not increase, and it involves what kind of vehicle people choose to drive.

According to the U.S. Energy Information Agency, transportation uses 27% of the total energy consumed in the U.S., and 72.7% of that is in the form of oil products burned by automobiles and trucks. Making a transition to either battery-powered or fuel-cell-driven vehicles would take an enormous bite out of our fossil-fuel consumption.

Because of the long-term nature of investment in vehicles, this would be a change that is not easily reversed. If a similar shift is made throughout the world, the demand for oil could stop rising and actually decline. In the long run, rather than a world of expensive oil driving people to green energy out of necessity, we may see a world in which oil is cheaper than it has been in decades – but only because nobody burns it anymore, reserving it for plastics, chemicals, and other non-fuel uses.