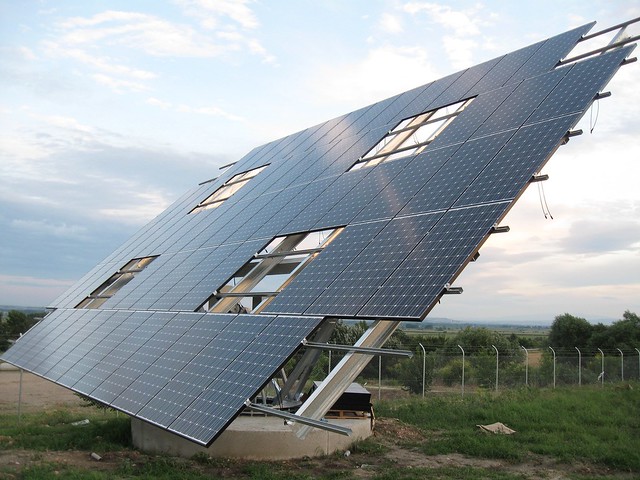 In response to the U.S. Department of Commerce’s trade complaint about alleged Chinese dumping of solar panels at artificially reduced cost, filed on behalf of seven American solar panel manufacturers, China appears to be doing two things, according to articles published recently in the New York Times. First, the country is planning to outsource part of its solar panel production to the United States, South Korea, and Taiwan. Secondly, China is looking into a complaint of its own against the United States in regard to the dumping of polysilicon, a primary material for the manufacture of solar panels.

All of this is part of the ongoing friction of China’s growing pains as it emerges into a more modern economy. At the same time as China encounters trade disputes with other countries, Chinese wages are skyrocketing, a Chinese labor movement is threatening to disrupt the government’s development strategy, and China’s environmental problems are mounting ominously. But the friction over solar panels is of particular interest and importance to the movement for a sustainable society.

At a time when global cooperation will almost certainly be needed to solve the global environmental challenge and the necessity of conversion from the high-throughput, low-efficiency economy that currently dominates the advanced world to a low-throughput, high-efficiency alternative, renewable energy is center-stage for obvious reasons. Moreover, while the United States is still the world’s largest economy, eventually China will surely assume that role, unless the country’s looming problems prove overwhelming.

With over a billion people and abundant natural resources, it is simply not possible for China not to become the world’s leading economy as the country develops and industrializes. For that reason, China’s path of development is crucial for the ability of the world to navigate these troubled waters.

Under these circumstances, a possible trade war between China and the U.S. would be irresponsible, putting both nationalistic and private-profit interests before those of the planet and humanity. Crashing the electric car through the garage door comes to mind as a metaphor. And yet it’s hard to see how such a conflict can be easily prevented. China is following a development strategy that might be appropriate for a poor country attempting to industrialize, but at this point the Chinese economy has reached a transitional juncture in which the country must consider how a mature economy must operate.

A part of that consideration is purely economic: a mature industrial economy must be concerned not just with capital formation and allocation of resources, but also with the distribution of wealth, the ratio of wages to productivity, and consumer demand. A part of the transition, however, is environmental: a more highly-developed economy has, at least in potential, a bigger environmental footprint per person. When the population is as large as China’s, the per-person multiplier becomes a matter of acute concern.