Roger Duncan is one of the visionaries. He pushed for New Energy, Energy Efficiency and programs to grow them from the time in 1998 when he joined Austin Energy, one of the biggest U.S. municipal utilities.

In 2005, BusinessWeek put Duncan in the company of Tony Blair and Arnold Schwarzenegger as a top leader of the decade in the fight against global climate change.

He was instrumental in creating Plug-in Partners, a movement that early on started pushing the major automakers to bring plug-in hybrid electric vehicles to market. Thanks to such efforts, companies like GM and Nissan are finally bringing plug-in vehicles to showrooms this fall. It is the dawn of the revolution in personal transportation and energy consumption long envisioned by Duncan and his partners.

Duncan gave a speech describing his take on the coming New Energy economy just before leaving his position as General Manager of the Austin, Texas, utility. As a veteran of the fight to change the way the nation and the world use energy and get around, his perspective on what is to come is worth noting. ::continue::

He foresees “clean” coal technology and nuclear energy as too expensive and slow-growing to get long-term traction. He sees wind and natural gas as partners in supplying the biggest part of new power generation in the near term and solar as the answer in the long run. He says solar energy will soon achieve grid parity and he expects advances based on nanotechnology to sooner or later make solar energy “too cheap to meter.”

Duncan closed his remarks with some observations on the future of Energy Efficiency in homes. He foresees a joining of the power of the home computer with the smart grid, smart appliances and electronic devices to create “energy sentient” homes that will know how to streamline energy use, will know what is best for residents and will be able to manage a home’s energy consumption autonomously. 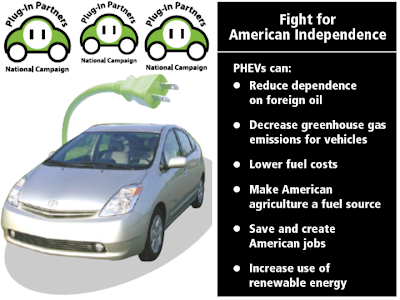 This post is based on A Retiring Utility Executive Looks to the Future (March 4, 2010, The PennEnergy Power Blog)